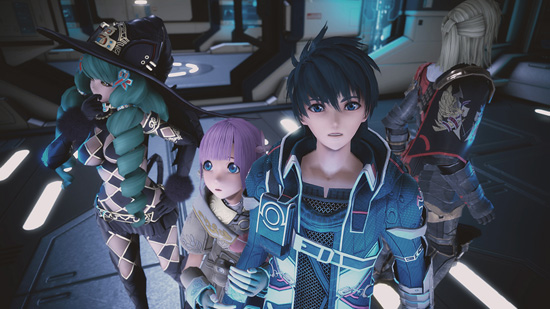 The mainstream success of Final Fantasy VII in 1997 introduced many gamers to the JRPG genre, and the gap leading up to Final Fantasy VIII left many scouring desperately for the next PS1 quest to devour. In this time of need, Star Ocean: Second Story by little-known developer Tri-Ace was there to quench the thirst, and thus the series’ cult following in the U.S. began. So now that the hype over PS4’s Final Fantasy VII remake has died down a bit, it seems an appropriate time to shift our attention toward the next Star Ocean release. 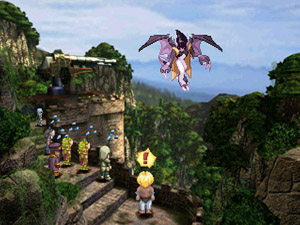 In the 90s, Enix was not nearly as big in America as Squaresoft. The original Super Famicom Star Ocean never made it to the States, and relatively few English copies of Second Story were produced, making it difficult for American RPG fans to find. A third Star Ocean game, called Blue Sphere, was released for Game Boy color, and a North American release was announced, but then canceled some time later.

Then in 2003, Squaresoft and Enix merged, and since then all subsequent games have been released overseas soon after their Japanese debut. Not content to let the franchise go once again overshadowed by Final Fantasy VII, Square Enix wasted little time in announcing the U.S. release of Star Ocean 5: Integrity and Faithlessness for PS4 at E3 earlier this week. Unlike Japanese fans, Americans will not get the PS3 version, but it sure is better than nothing. Indeed ever since the merger, Square Enix’s increased marketing muscle seems to have made everything better for the Star Ocean franchise…

…or has it? In an interview with Gamesbeat at E3 this week, producer Shuichi Kobayashi spoke in detail about how business pressures from Square Enix twisted the direction of previous entry Star Ocean 4 off kilter:

“When they started making 4, they didn’t continue to take on the same attitude about development. The feel of the game was slightly different, and the way they produced the story was different as well. I was the producer for four, and looking at it, there was something not really right…

…it was part of Square Enix’s business strategy at that time. In those years, the company was really keen to expand their business in the west. There was a general idea that we should make sure our games had global appeal, not just Japanese appeal. That made things very complicated, really.

We used outsourcing companies to establish the story, not just Tri-Ace. Our mission back then was to expand the universe, rather than sticking to what we’d already created. We derailed a bit from the main plot, which was another issue we had.” 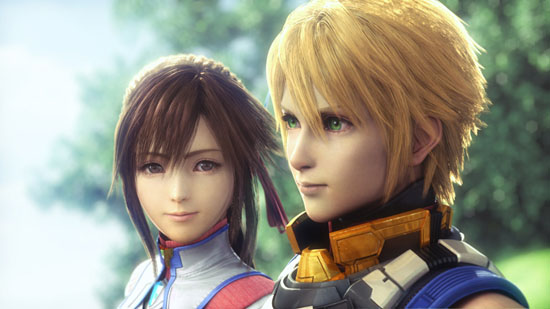 Fortunately, in spite of whatever happened in the past, now it seems Square Enix is content to allow Star Ocean 5 to get back to the franchise’ roots un-disturbed:

“We learned a lesson from that experience. In Star Ocean V, we’d like to bring back the attitude we had in the first three games. Our priority is going to be to push out a very tri-Ace creative direction. That’s our main pillar and we’ll stick with it. Story-wise and visual-wise, number five is going to have the feel of a direct sequel to Star Oceans one, two, and three. It’ll be very different from Star Ocean IV.”

“For Star Ocean V, we don’t want to make it halfway toward a game specifically formulated for Western fans. If we wanted to do that, we’d do that all the way…Rather than returning it so that western gamers like it more, we’d like to just pursue what we think is right, pursue our creative concept and express our imagination. We’ll see if that works for western gamers as well as Japanese.” 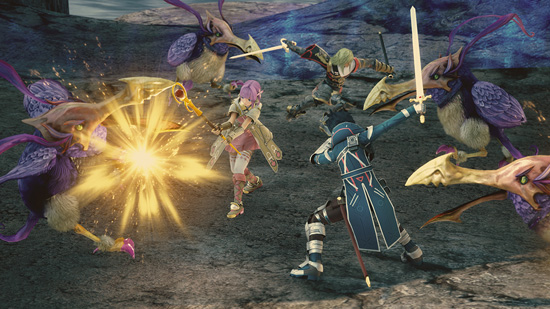 With all this talk of returning to the influence of past titles one might wonder if the Star Ocean 5 will present any new ideas of its own, rather than being entirely a throw-back project. According to Shuichi, there’s little need for concern, as a host of innovative ideas and features planned. One such goal is the drive to eliminate the awkward limitations of traditional JRPG party systems:

“In more traditional RPGs, as the story unfolds, you get more and more people joining the party. Sometimes, at some point, if you have more than four or six, you have to choose who to form the party with. In this game we don’t have that. We’re going to make all party members featured and physical in the field. They can engage in battle. We can’t reveal the exact number at this stage, but it’ll be more than six…

…What we want to avoid, because there are so many people to choose from, sometimes you drag out more characters and put away other characters. That’s very unnatural. It wouldn’t happen in an actual story. In some event scenes, we’ll bring the characters out in the field, but what we want to do is achieve a seamless transition. As they’ll walk about and explore and engage in battle, it has to be happening really smoothly, without any awkward, jagged moments…” 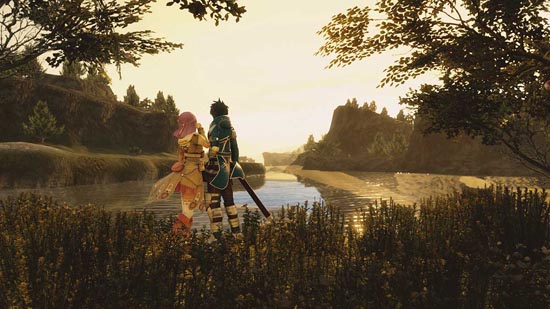 Star Ocean 5‘s producer also described a desire to break away from the notion that JRPG’s are all about sitting back and watching cutscenes:

“There are going to be lots of movie-like cutscenes, but when it comes to the quantity, there won’t be quite as much as you’ve seen in Star Ocean IV. Our intention, we’d like to introduce what we call dynamic cutscenes. Whatever you do, whatever happens, the story goes on. The characters keep moving. That procession should never be terminated or paused. There will be less of them. Lots of RPGs have lots of cutscenes where you have nothing to do. You’re just watching. We’d like to minimize that. Instead, we want to give them more playability, more control for the player.” 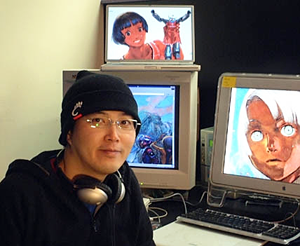 If all that isn’t reason enough to be interested in Star Ocean 5, there’s one more. Akira Yasuda, a.k.a. “Akiman” is the game’s character designer. One of the main artists working for Capcom in the 90s, he’s responsible for some of the most iconic illustrations in existence of characters like Ryu, Ken, Chun Li, Final Fight’s Guy, Cody and Haggar, Captain Commando, and the cast of Capcom’s Dungeons and Dragons beat-em-ups.

Not content to only excel at drawing muscled martial artists, Akiman’s freelance career also landed him as mecha designer on Turn a Gundam, Code Geass, Gundam: Reconguista in G, and other anime series. While not as famous as Final Fantasy‘s Tetsuya Nomura, Akiman is undoubtedly one of the biggest names in the Japanese game art world, and since he left Capcom in 2003, fans have watched eagerly to see where he’d turn up next. 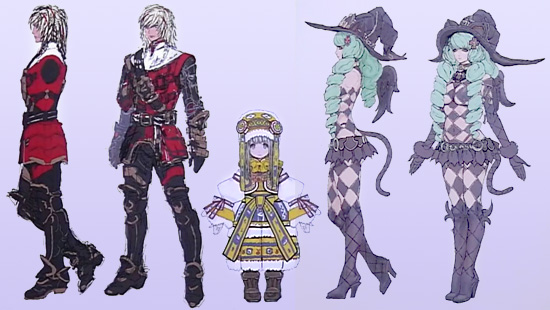 There’s a strange contradiction in comparing the gameplay direction of the Star Ocean and Final Fantasy series. The dramatic shifts throughout Final Fantasy XII, XIII and XV towards realtime control of a single character, with A.I.-controlled party members and hack-and-slash action elements, are all mechanics central to the Star Ocean series starting over a decade earlier. So while Square Enix’s efforts at global mass appeal pulled Star Ocean away from its roots, somehow its efforts towards the same end with Final Fantasy have actually pushed it further in the direction of Star Ocean.

Just a few days ago when Tetsuya Nomura mentioned possible gameplay changes to Final Fantasy VII in its PS4 remake, many fans feared a possible change to the single-character action-oriented battle system of Final Fantasy XV as corruptions to the game’s roots. So what goes around comes around, apparently.

As the MMO’s, MOBA’s, Monster Hunters, and arena shooters of the world continue to change what gamers expect of single-player games, JRPG developers will have to continue experimenting to see where they fit in. It’s no secret that Final Fantasy XI‘s MMO structure got the ball rolling with combat changes to later single player Final Fantasy games. The general idea of adventuring with a group of characters will likely never change, but the exact mechanics of things like combat actions and experience levels could wind up unrecognizably changed within the next few years. 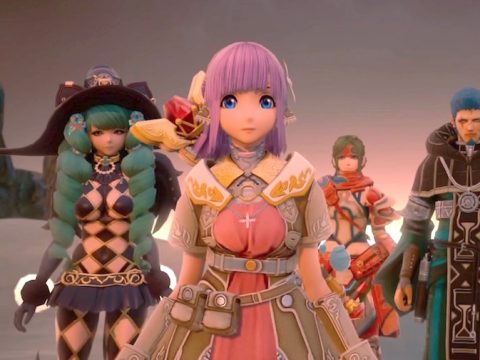 Star Ocean: Integrity and Faithlessness Embarks Upon a Vast Journey