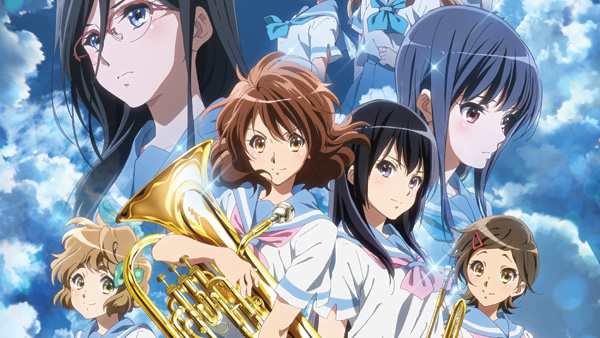 The going had been tough for the Kitauji High School concert band for a while; at least ever since the club’s advisor changed. It seems like just yesterday that they weren’t even able to make their way to the qualifying competition for the Nationals, but then the events of Sound! Euphonium happened! That exclamation point was well earned in the first season of Kyoto Animation’s adaptation, and now it’s time to raise the stakes and soak in the school club activities in Sound! Euphonium 2.

Some things may change, but club drama and the ever-encroaching responsibilities of adulthood stay the same. That’s just one of many reasons it’s worth sticking around to see what happens next in the all-or-nothing world of big dreams and even bigger instruments. 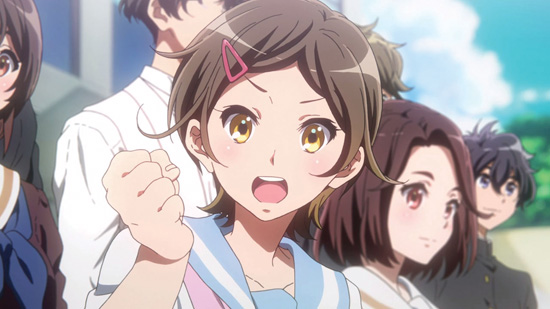 For those just now joining us, Sound! Euphonium is a close-quarters extra-curricular yarn that follows Kumiko Oumae, a first-year student who plays the euphonium. In the first season we were there right beside her as she got to know the other members of the music club, dealt with her past in unique ways, and worked her hardest to meet the exceedingly high expectations of their new teacher, Noboru Taki. There are a few important spoilers we need to get out of the way before we talk about Season 2, so I highly recommend digging into the first to see what it’s all about. It’s just 13 TV episodes and a 24-minute bonus OVA chapter, and it’s all well worth your time.

Anyone still with us can get in on the not-so-shocking secret…. The club is now one step closer to a coveted spot in Nationals competition. Noboru Taki’s tough tutelage ended up working in the long run. It didn’t just make better players out of Kumiko and her classmates, it brought them all together in new and revealing ways. Love blossomed somewhere in the periphery as students tried, failed, and in some cases questionably succeeded at garnering the interest of their respective crushes. Sound! Euphonium isn’t a show about high school romance, though. It’s also not a show that’s primarily concerned with concert performances. Rather, it’s all about growing up, adjusting to new social dynamics, and all of the unplayed notes in between. 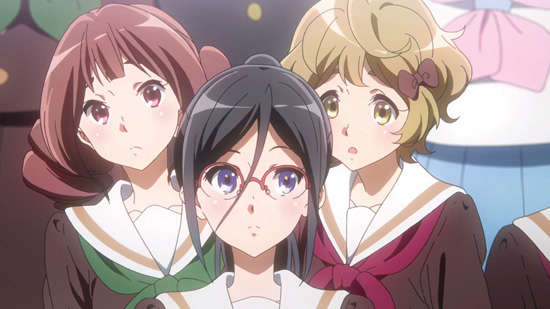 The spring is hot in Kansai, and the summer is downright unbearable. Those are impressions we get from Sound! Euphonium’s stunning visuals alone. That we have time to consider the temperature of a particularly stifling day, or the current status of a gradually molting cicada, should tell you all you need to know about the pacing of Sound! Euphonium as a whole. The series is “low-key,” which is exactly how Kumiko is described in one of the earlier episodes. It’s definitely fitting, and if anything there’s plenty of evidence here that very little matters in high school. Even the club “drama” is just that; yet that’s what makes everything seem so authentic. The club’s own teacher sums it up perfectly as they prepare for qualifying competition in Season 1: “If we gather the time you all waste being young, this much practice shouldn’t be that difficult.”

That’s where the real charm lies. Sound! Euphonium isn’t an action-packed shonen take on music club. You won’t find too many flashy angles or over-the-top battle animations during practice or competition. The care put into Kyoto Animation’s production is evident from start to finish, but the real flair is reserved for the subtler moments. It comes into play during a stir of air as the students tune their instruments. Yes, somehow a perceived lack of motion is deftly animated. The budget rises steadily with every elaborately flowing lock of hair, and there is a lot of hair in this show, even by Kyo-Ani standards. The lush visuals combine with some of the best sound design to create an atmosphere that puts you in the music club, and you’ll be staying there through the good times, the bad times, and the playful times that remind you this is all only as serious as anything else in school. 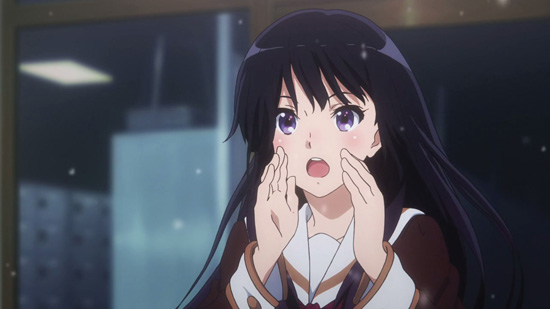 The first season of Sound! Euphonium made its debut in the spring of 2015, and the 13 TV episodes that followed were about as spring as you could get. Now we’re in the fall season, however, and by the time you read this we’ll be well into winter, which makes for an interesting juxtaposition. The opening shot of Sound! Euphonium 2 is thus far as cold as things have ever been, but before we know it we’re back in the sweltering heat. Things are only going to get hotter from here on out, too, because this season revolves around the events depicted in creator Ayano Takeda’s second Sound! Euphonium novel, Hibike! Euphonium 2 Kitauji Koko Suisogaku-Bu no Ichiban Nagai Natsu (Sound! Euphonium: The Kitauji High School Concert Band’s Longest Summer).

The crux of the season’s first few episodes revolve around the concert band heading off to a three-day band camp to better prepare for the upcoming competition. This is also the perfect opportunity for Taki-sensei to bring in two more instructors: The very chill and tanned Masahiro Hashimoto, who looks like a shorter version of Taki who decided to take up surfing instead of music; and Satomi Niiyama, who the students immediately assume their teacher is dating. The new instructors stretch and ply the existing dynamic in interesting ways, but the real dramatic hook thus far is ex-member Nozomi Kasaki’s repeat attempts to rejoin the band. She gets rejected for a variety of reasons, some of which revolve around Mizore Yoroizuka, a minor character in the first season who gets a major boost in the second. 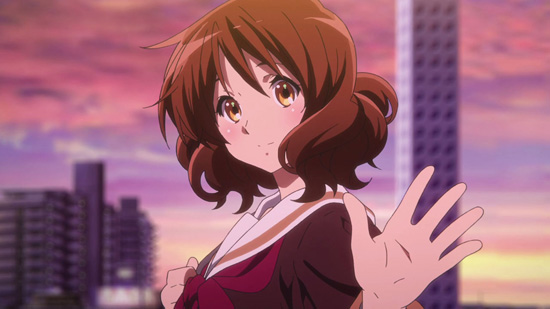 Sound! Euphonium 2 also marks the first time we start learning more about the quality of Kitauji’s competition. While the Nationals themselves are more of an impetus for the series’ quaint narrative, other schools were essentially a non-factor in the first 13 episodes. No matter the level of drama, though, the staff at Kyo-Ani handles it all with the utmost grace. Director Tatsuya Ishihara (Kanon, Nichijou, Clannad, Air) continues to do a remarkable job of accentuating key moments and knowing when to linger, and the series composition by Jukki Hanada (Nichijou, Yozakura Quartet, Love Live! School Idol Project) keeps things focused while allowing for an episodic structure that occasionally feels loose and open ended. The combination of Akito Matsuda’s music and the existing compositions on display—which have yet to top the first season’s marching band performance of Yellow Magic Orchestra’s “Rydeen,” but there’s still time—come together beautifully thanks to sound director Yota Tsuruoka, who has an absurd amount of credits to his name.

At this point Sound! Euphonium 2 is shaping up to be every bit as endearing as the first anime. It’s a series in which very little has to be said to have an effect. An earnest practice session next to a bubbling stream speaks volumes, carrying its notes into the breeze until the next episode.

Sound! Euphonium 2 is available to stream on Crunchyroll.