Song Wig: The Weirdest Japanese Invention We’ve Seen In A While 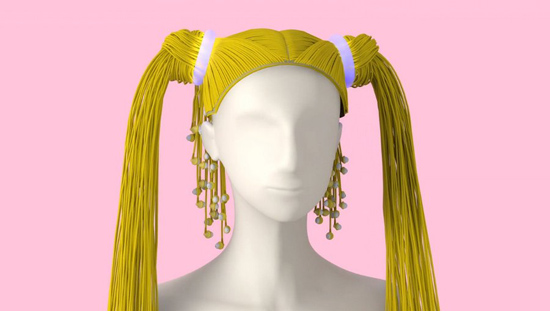 Japan: a place that’s cooked up some pretty wild inventions, including canned coffee, electronic toilet seats and a smartphone app that measures your bra size.

Now Tokyo-based creative lab PARTY has created one of the weirdest inventions we’ve seen in a while: the Song Wig.

What does it do? 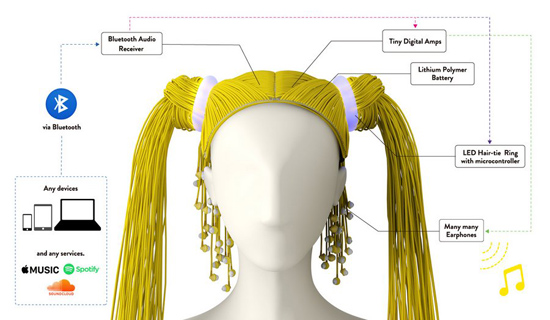 With Song Wig, the strands of hair are actually earphones. Many, many earphones, as PARTY’s diagram suggests. Each of these earphones is linked via Bluetooth to a smartphone or other music-playing device so that whoever has donned the Song Wig can share their tunes with whoever’s in, uh, hairshot.

There are even three styles: Pop Star, Reggae, and Classical.

Weird as the Song Wig may look, I bet it’d be a hit at parties.

This may be one of PARTY’s more offbeat inventions, but they’ve also created cool stuff like this 360-degree video and a smartphone app that encourages toothbrushing.