The Academy of Motion Picture Arts and Sciences has revealed what animated movies meet their eligibility requirements to be nominated. There are twenty-six in total, including six anime titles and one European animated movie title based on a manga.

The anime titles up for consideration are BELLE; Fortune Favors Lady Nikuko; Josee, The Tiger and the Fish; The Laws of the Universe – The Age of Elohim; Pompo: The Cinéphile; and Poupelle of Chimney Town.

Other animated movies that are eligible include The Addams Family 2, Luca, The Boss Baby: Family Business, Encanto, Paw Patrol The Movie, Raya and the Last Dragon, Bob Spit – We Do Not Like People, The Mitchells vs. the Machines, and Sing 2.

These numbers will eventually be whittled down to five nominees put forward by the Short Films and Feature Animation Branch of the Academy. It’s also within the realm of possibility that they could be nominated for Best Picture as well. And then we’ll learn the actual winners at the 94th Academy Awards in 2022.

While Spirited Away received big news when it won an Oscar (and the newly opened Oscar museum is paying tribute to Hayao Miyazaki), the Academy Awards are known for generally not being too keen on anime. As anime fans know from previous years, being acknowledged for eligibility does not necessarily translate into being nominated for anything. But we’ll have to wait and see how things go this year. 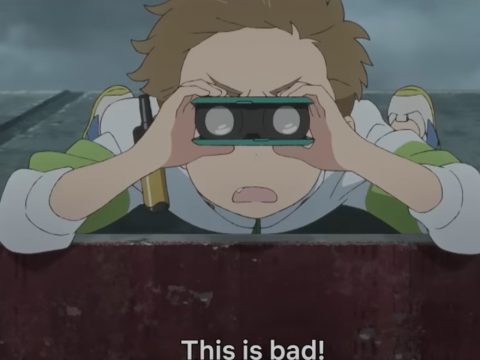