Linking people and wrenching hearts in warm and solemn ways

Orphaned upon his mother’s passing, elementary schooler Chihiro only agrees to live with his previously unknown uncle Madoka after seeing the mess that is his mansion. Chihiro’s a bit of clean freak, so making the slovenly lair of this in-demand fashion designer sparkle and keeping it immaculate is how Chihiro justifies his stay to himself and honors his mother’s “Those who do not work do not eat” mantra. While living together, this anime odd couple grows as family and individuals.

Shonen Maid, the anime adaptation of Ototachibana’s manga of the same name, is definitely more shojo drama than shonen action, and the OP—with Chihiro donning his signature frilly battle armor to fight microbes, personified pieces of rubbish, and the like—knows how to have fun with that contrast. But with each episode named for and even themed after a motherly maxim, the series as a whole builds characters through chance encounters and shows how they affect the lives of everyone involved.

Even though the story takes place largely in Madoka’s mansion or Chihiro’s school, there are enough scenes set wandering between the two to enable accidental run-ins with strangers who just so happen to not be complete strangers after all. This, admittedly, feels all too convenient. Conversely, there’s an almost effortless integration of people from various walks of life. The working poor, blue collar, middle class, and opulent are all represented but not for the sake of interpersonal conflict. In that, there’s the lesson of happiness being more about those with whom you surround yourself and making the best out of whatever lot you’re given in life. (It sounds like settling, but it’s more about recognizing happiness and welcoming it into your heart.)

There’s a lot of drama in the main characters’ pasts, and how those characters are presented, as well as how they interact, drive revelations about themselves and others. Chihiro’s already very much an adult in how he takes care of himself and others, which isn’t very surprising seeing how his mother was always away at work. But that can also be seen as Chihiro throwing himself into work to avoid thinking about his mother. Either way, Madoka acts as the comedic foil since his procrastination knows no bounds and his laid-back way of moving throughout the day is suggestive of enjoying life (not working through it).

Neither storyboard nor script hits viewers over the head. Little things—facial features, similar mannerisms, and duplicated situations—link people and wrench hearts in warm and solemn ways. And thanks to direction by Yusuke Yamamoto (Yamada’s First Time) and animation production via Eight bit (Walkure Romance, Tokyo Ravens), the depth of the color palette and the intense focus on miniscule movements (say, the clutching of a hand on a shirt) really bring out the sense of desperation, among other emotions, throughout the 12-episode run.

The personal and interpersonal drama is balanced with a lot of a comedy. Largely, laughs rely on the chemistry between Chihiro and Madoka as they alternate filling the role of parent for one another … with a bit of egging on by Madoka’s secretary. As such, Shonen Maid is more situational comedy than gags, and that fits the show just fine. Punchlines can be seen a mile away, but that doesn’t keep Madoka’s ruffling of Chihiro’s feather duster by making him wear a frilly maid uniform (in jest) any less funny. What’s more is that, even if not intended as humor, the way the show applies Chihiro’s clean freak tendencies can be funny for their contrast with context (e.g., how well he cleans his mother’s grave).

Shonen Maid is one of those titles that may seem easy to pass on but proves even a banal concept (the boy is a maid!) can serve as a vehicle for good drama. It’s not laugh-out-loud funny, and it’s not soak-your-sleeves sad, but its balance of humor and tenderness is key to why the show is so gosh-darned watchable. 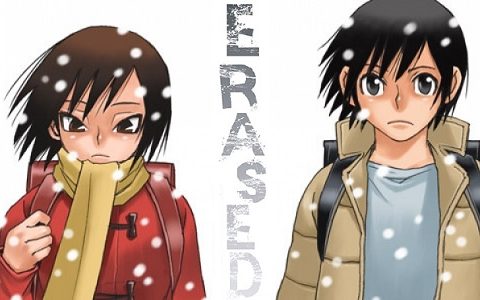 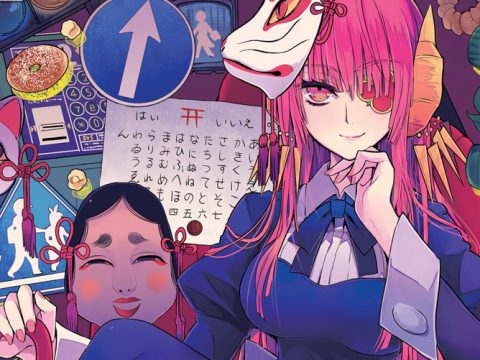 BanG Dream! isn’t afraid to chase the most far-fetched of dreams.
Natsume’s Book of Friends Gets Theatrical Film in 2018