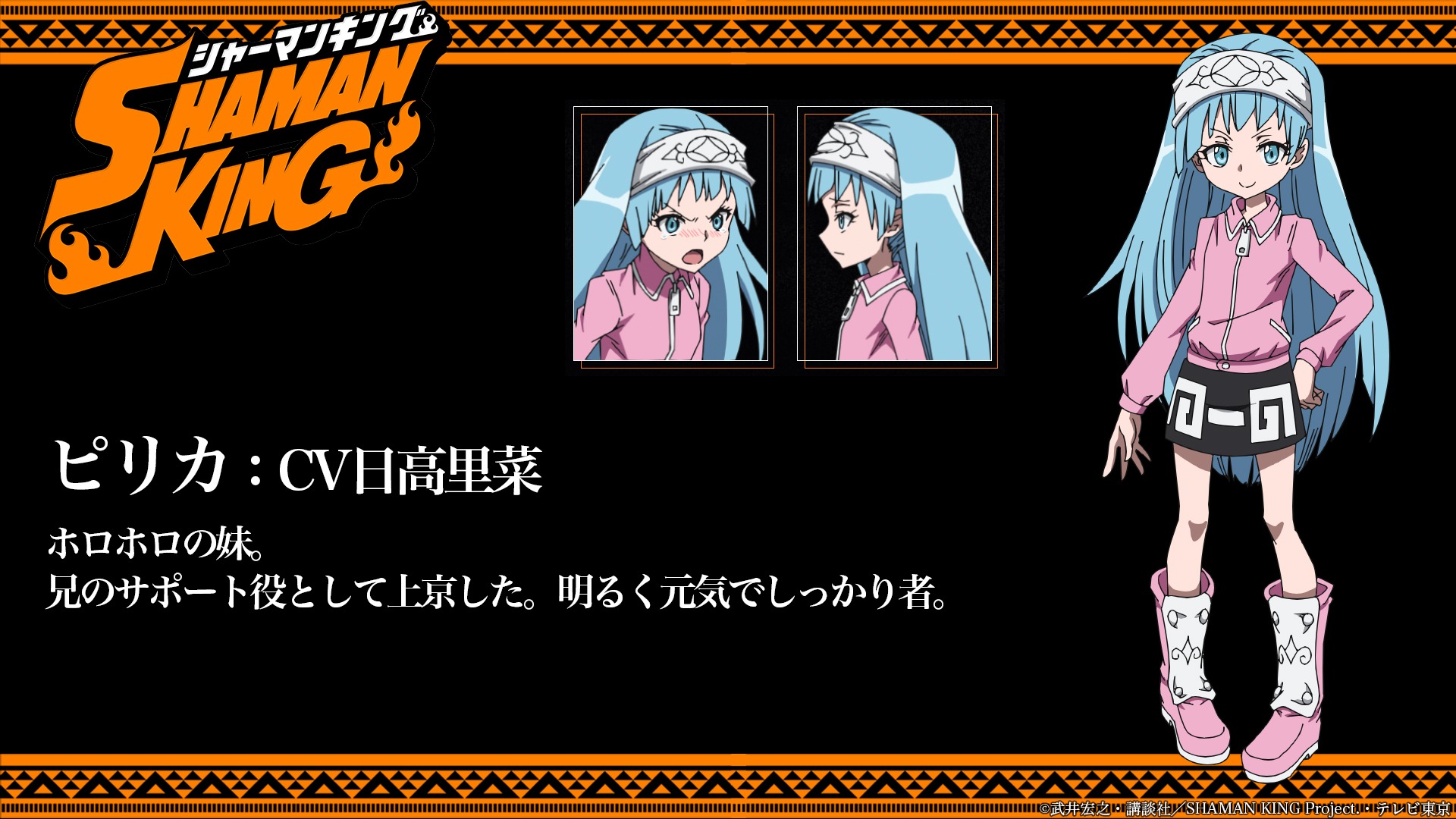 The Shaman King reboot anime revealed a new cast member, this time introducing someone new to the role of Pirika Usui. Horohoro’s little sister was originally voiced by Tomoko Kawakami in the 2001-2002 anime adaptation of Hiroyuki Take’s manga, but Kawakami sadly passed away at the age of 41 back in June of 2011.

The latest update has Rina Hidaka (Wiene in Is It Wrong to Try to Pick Up Girls in a Dungeon?) taking over the role. Here’s what Hidaka had to say about the charm of the Shaman King series and the enthusiasm for the role:

“All the characters are attractive. Among them, Yo Asakura-kun is unusually loose and fluffy for a protagonist of a battle series, but when he has to be cool, he’s cool! He is a character that I am attracted to because of his sense of balance.”

“I was surprised and honored to be involved in the long-loved Shaman King. I hope I can learn a lot from this opportunity to act surrounded by wonderful senior voice actors. Pirika is a hard-working girl with a strong sense of justice who loves her big brother. Along with my big brother, I’d like to ask for your support!”

The Shaman King reboot is set to premiere this April.

Sonic the Hedgehog Sequel’s Title Revealed, Tails Teased in Logo
How Fans Can Help Animators in Japan: A Chat with Jun Sugawara