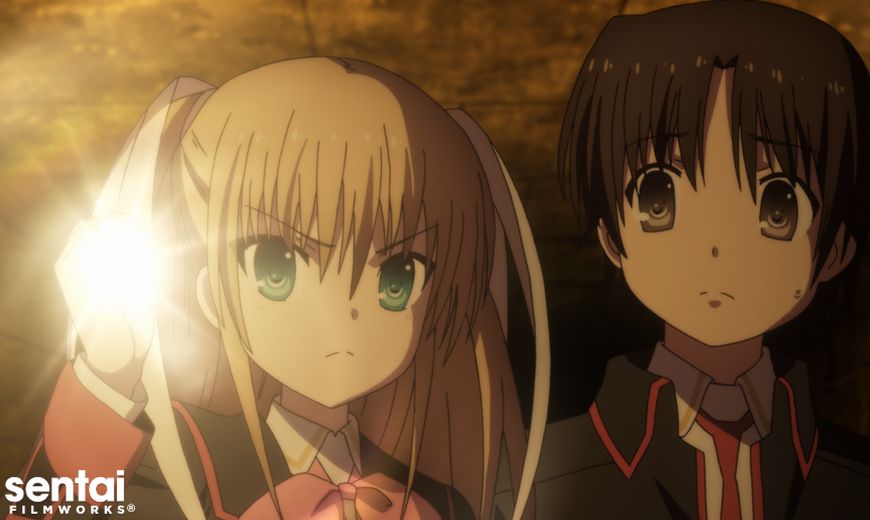 This reimagining of the Little Busters storyline pits protagonist Riki Naoe against familiar faces such as Saya Tokido, a treasure hunter in hiding from an elusive group known as the Dark Executives, and Kanata Futaki, young chairwoman of the so-called “Public Morals Committee” who seems to have a sinister agenda of her own.