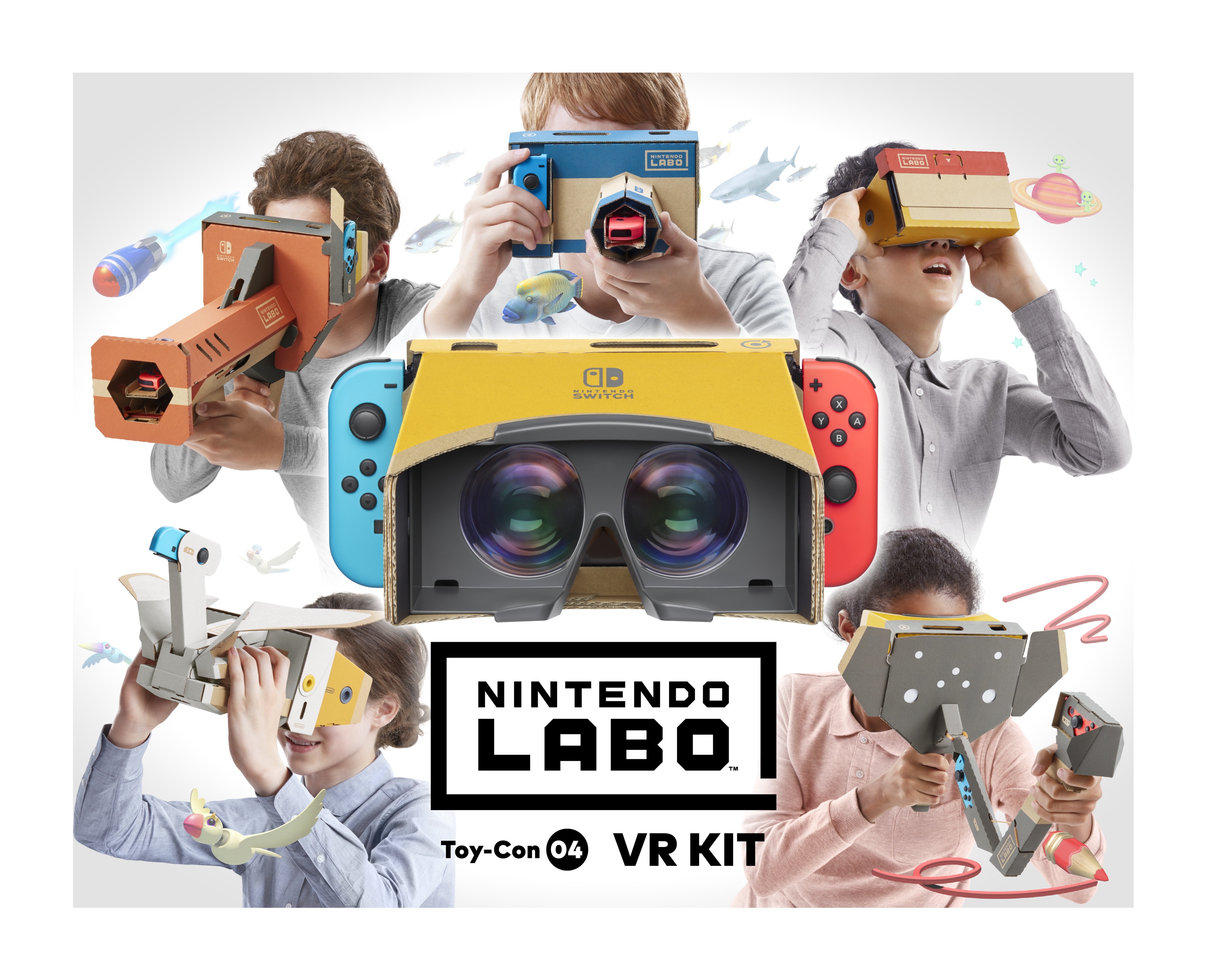 When you think Nintendo and virtual reality, your mind probably wanders back to the failed red-and-black wonder known as the Virtual Boy. While that eye-scorcher may just be a strange ’90s memory at this point, Nintendo has another attempt at the technology on the way in the form of a new Nintendo Labo kit.

Nintendo Labo Toy-Con 04: VR Kit was announced earlier this month, offering up a few options for those who want to use cardboard to turn their Switch into a VR device. Some of the games that work with the new creations include Ocean Camera, House Camera, Marble Run, Doodle, Bird Dash, and more, and you can see a sample of how they play in the new video below.

Combining the innovative physical and digital gameplay of Nintendo Labo with basic VR technology, Nintendo Labo: VR Kit introduces virtual reality in a unique and approachable way. The Toy-Con Wind Pedal produces a blast of air to create the feeling of flying, while the Toy-Con Blaster slides and clicks before it launches a volley of lasers (or fruit). Players can make different DIY cardboard creations like a Toy-Con Elephant or a Toy-Con Camera; play a variety of VR games and experiences with these creations; and discover how it all works – or even design their own bite-sized VR experiences with the included programming tools.

All the games and experiences in Nintendo Labo: VR Kit are designed to be shareable, fun and social. By alternating turns, everyone in the room can watch and enjoy players’ reactions and join in the fun. Some games even allow players who aren’t looking into the Toy-Con VR Goggles to interact with the on-screen experience. For example, if one player is exploring the in-game ocean and taking photos with the Toy-Con Camera, another person in the room can wear the Toy-Con Snorkel and step in front of the Camera to make a bug-eyed fish swim quickly toward the player’s face – the reaction is priceless!