Second Season Of KonoSuba On The Way 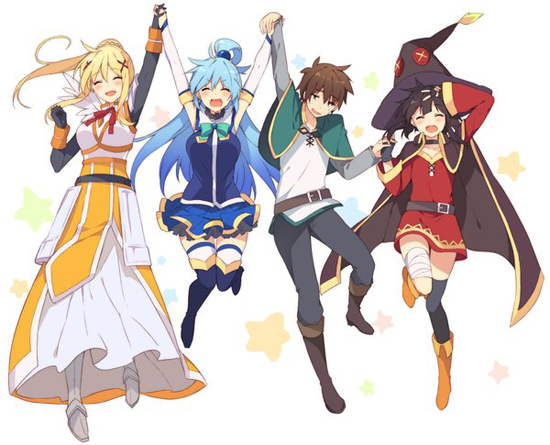 A second season of KonoSuba – God’s blessing on this wonderful world!! has been given the go-ahead, according to the staff of the series, the first season of which wrapped this week.

For fans of the series, this news is truly subarashii.

The second season announcement was posted on the series’ official Twitter account and followed up by a celebratory illustration from KonoSuba light novel illustrator Kurone Mishima.

KonoSuba has gotten a second season! A huge thanks to everyone who’s supported the show! We appreciate your continued support.

Great work on the first season! We got a second one! Yay!

KonoSuba, which was simulcast on Crunchyroll, is a fantasy comedy about a boy, a goddess, a magician and a crusader forming a dysfunctional but lovable team. The series was, and ostensibly will continue to be animated at Studio Dean. It was directed by Takaomi Kanasaki (Is This a Zombie?).