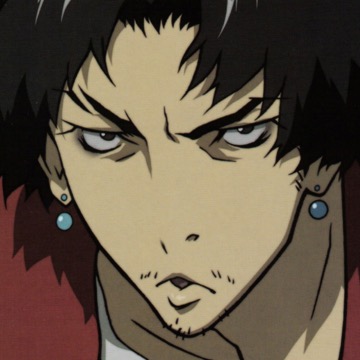 Now that Michiko & Hatchin has run its course, Adult Swim’s Toonami block is cooking up the next series to add to the late-night anime block. Starting January 2, Cowboy Bebop director Shinichirō Watanabe’s Samurai Champloo will join in on the action.

According to Adult Swim’s Jason DeMarco, they considered running another Sayo Yamamoto series, specifically Lupin III: The Woman Called Fujiko Mine. Needless to say, though, that one would have had to hit the chopping block in more than a small handful of places.

Too many boobies for our censors! We would have had to chop the show to bits. So we chose Champloo. pic.twitter.com/LdLXGsAv1a

PS: Toonami never ran Champloo. Not sure how it will do, but it was cheap, highly requested and it’s amazing. Fingers crossed!

As for the more immediate future, Toonami plans to run a Dragon Ball Z Kai marathon on December 19. Here are promos for both that and Champloo.