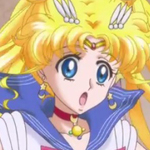 It’s time to cast all the awe and/or scrutiny you desire on the trailer for the upcoming Sailor Moon Crystal anime. The worldwide-streaming series is set to debut on July 5 at 7:00pm, after which it will run on the first and third Saturdays of the month.

Sailor Moon‘s opening, “Moon Pride,” is being composed by REVO and Linked Horizon, who previously made a major hit with the Attack on Titan theme. Idol group Momoiro Clover Z will perform both that and the Akiko Kosaka-composed “Moonbow” ending.

The AKB48 Attack: One Week Later
Manga Review: Seraph of the End Vol. 1