The AKB48 Attack: One Week Later 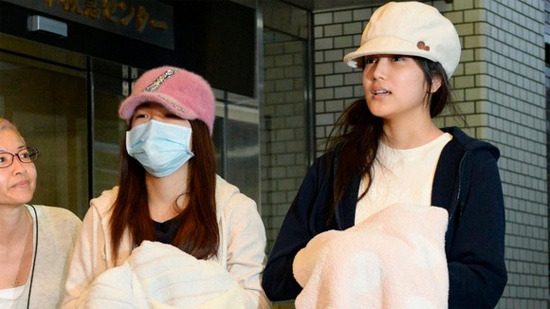 It was about a week and a half ago that two members of idol group AKB48 and one of the group’s staff members were attacked at a meet-and-greet handshake event, receiving cuts and fractures to their hands and fingers.

Since then, more information has come to light on the attacker, and we’ve seen the AKB apparatus respond to the attacks.

To recap briefly on the original incident: AKB were holding one of their frequent handshake events, in which fans exchange tickets packaged in AKB CDs for some face time and a handshake with their favorite idol. In attendance at this event, in Japan’s Iwate prefecture, were Anna Iriyama and Rina Kawaei, two members of AKB’s Team A. They and a staff member were attacked by unemployed 24-year old Satoru Umeda, who wielded a 20-inch folding saw. 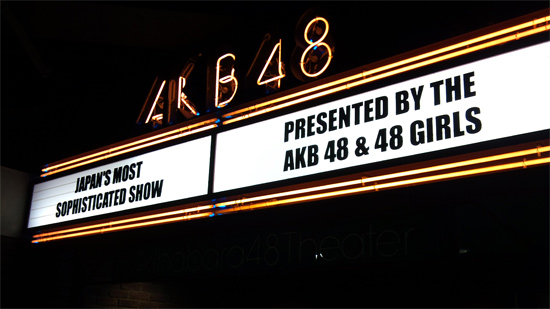 It later came to light via police questioning that Umeda was not specifically targeting Iriyama or Kawaei. “As long as it was AKB, anyone would have been fine,” he told police. “As far as those two, I don’t know their names.”

It is also speculated that Umeda went to the event by bicycle from his home in Towada, Aomori prefecture, a distance of 72 miles. 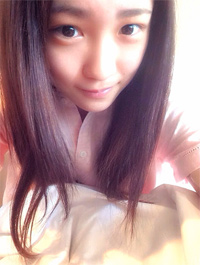 Meanwhile, the AKB48 Theater in Akihabara reopened after a week on Monday. As a precautionary measure, metal detectors were used as fans entered and the first row of seats was left empty. Fans were also not allowed to high-five the performers, which had previously been a standard part of the show. It’s not yet clear whether these measures will become permanent. Handshake events have also been suspended.

It’s unclear how long the handshake event suspension will last. Philip Brasor, media writer for the Japan Times, speculated in a column AKB’s business model, which thrives on selling multiple copies of the same CD to because they include handshake (and election) tickets, is unlikely to change, as it’s precisely that model that’s made AKB a “cultural and economic juggernaut.”

Iriyama and Kawaei, who were taken to the hospital and had surgery directly after the incident, updated their fans via their Google+ accounts (AKB48 has an official tie-up with Google+, if you’re wondering why not a social network anyone actually uses). They both mentioned they’re recovering quietly and thanked fans for their support.

The broadcast of the yearly AKB48 election, in which fans buy the latest AKB48 single (often multiple copies) in order to vote early and often for their favorite members, will take place this Saturday, June 7th. In the 2013 election, by the way, Kawaei came in 25th while Iriyama came in 30th – cynical, maybe, but one can’t help wonder if they’ll receive a “sympathy bump.”

We’ll chime in next week with the results of the election and any further updates. 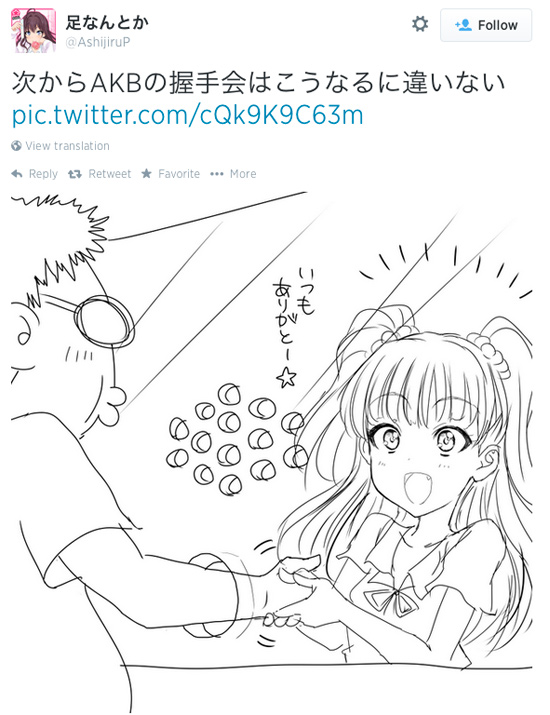 “This is how handshake events will be from now on.” – via @AshijiruP
AKB48 36Features 745J-pop 134Music 159attack 11closed 1crimes and arrests 171election 7hospital 1incident 3iriyama 4kawaei 4reopened 1saw 4stabbing 2theater 11