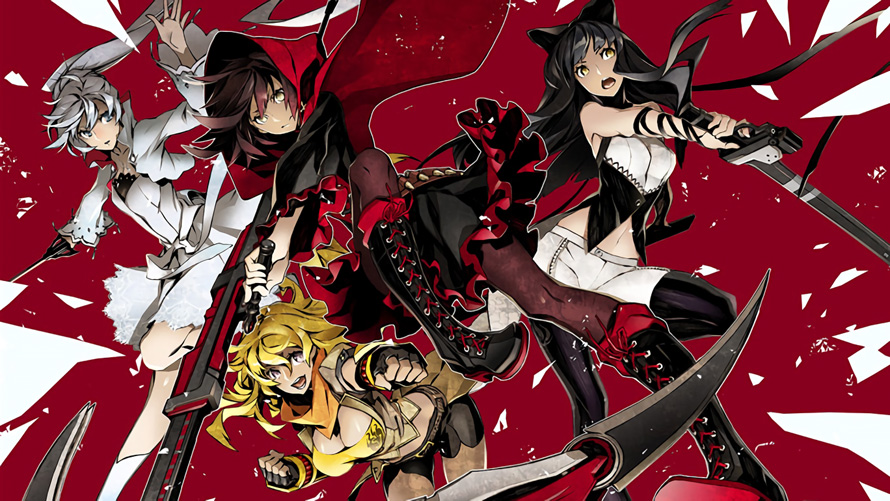 Ruby Rose, Weiss Schnee, Blake Belladonna, and Yang Xiao Long are Team RWBY: teenage “huntsmen” who use special weapons to kill monsters called Grimm. By day, they train at Beacon Academy, a school for superheroes where the professors say things like, “With power comes responsibility! Power should only be exercised when it is needed!” and settle student rivalries by sending them to the arena to duel. By night, they grab their gunscythes, swords, and gauntlets and blast the mysterious monsters, who, like Shredder’s robots in Teenage Mutant Ninja Turtles, aren’t really alive so it’s okay to slaughter them. But the real focus isn’t the battles with werewolves and giant snakes, but the relationships between the characters and their troubled pasts. For Weiss Schnee (she’s cold, get it?), for example, becoming the best possible hunter is a way to rebel against her father, the CEO of the stereotypical Evil Corporation With Lots of Secrets. For Ruby Rose, bashing monsters is just cool, although sometimes she too has doubts: “Why did I become a huntress? Didn’t I just want to be a normal girl?”

It’s the ultimate compliment to any manga-influenced American creator to have their work adapted into a Japanese manga—and not by just any artist, but by Shirow Miwa, author of the dystopian hit Dogs: Bullets and Carnage. Unfortunately, while Miwa’s flashy violence brings some style to the lifeless CG of the original RWBY web series, he can’t fix the plot; this is the kind of franchise where much more work was put into coming up with catchy names and cosplayable outfits than into writing an interesting story. And although it makes a stab at explaining the premise, the manga is 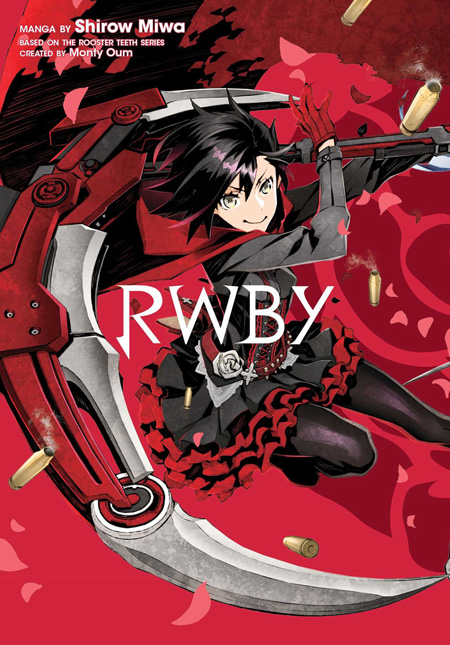 definitely intended for preexisting RWBY fans, being an anthology of short stories about each of the main characters. Elements like the White Fang organization, freedom fighters for the oppressed Faunus (beast-people), aren’t explained for newbie readers.

In short, it’s style over substance, but even Miwa’s style isn’t as great as it appears at first glance. The battle scenes are full of beautiful images and cool panels, but they’re impossible to follow and don’t have any tension or emotional impact; it’s posing, not fighting. With almost every 20-page chapter being essentially self-contained, the pacing here is more like an American comic than a manga, with the same flaws of bad fight scenes and trying to do too much in too short a space. Though the RWBY animation was a calculated borrowing of anime tropes, it was at least interesting to see Western creators try to mimic anime in a new way. But seeing a Japanese creator half-heartedly mimic Americans mimicking these tropes is just depressing, unless you’re an RWBY and/or Miwa completist.