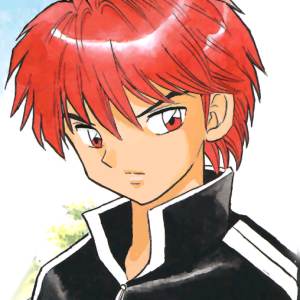 The most recent long-running manga from Rumiko Takahashi—creator of series such as Urusei Yatsura, Maison Ikkoku, Ranma ½, and InuYasha—is getting ready to follow her previous work into the world of animation. Rin-ne, which began in the pages of Shogakukan’s Weekly Shonen Sunday manga magazine in 2009, will get a TV anime adaptation next spring.

The initial announcement comes from the wraparound jacket band on the 23rd Japanese volume of Takahashi’s Rin-ne manga. The series will air on public broadcaster NHK’s E Tele channel, with more to come in the pages of Weekly Shonen Sunday.

In the meantime some more info popped up, including some staff and other production plans. The series is set for 25 episodes, with Seiki Sugawara (D-Frag) directing and Michiko Yokote (Shirobako, Ranma ½) writing at Brains Base.

VIZ Media publishes the manga in North America. Here’s how they describe it:

As a child Sakura Mamiya mysteriously disappeared in the woods behind her grandma’s home. She returned whole and healthy, but since then she has had the power to see ghosts. Now a teenager, she just wishes the ghosts would leave her alone! At school, the desk next to Sakura’s has been empty since the start of the school year. Then one day her always-absent classmate Rinne Rokudo shows up, and he’s far more than what he seems!