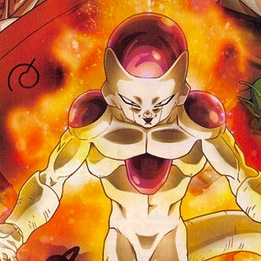 Looks like a classic Dragon Ball Z anime villain is returning for the next movie, which is set to premiere in Japan on April 18, 2015 in both 2D and 3D. Dragon Ball Z: Fukkatsu no F (Dragon Ball Z: Revival of F) is showing off its first key visual in the January 2015 issue of Shueisha’s V Jump magazine, and it turns out F stands for Frieza.

Frieza is featured prominently on the visual, along with Beerus and Whis from last year’s Battle of Gods, our heroes, and a couple new foes. The new characters created by creator Akira Toriyama—who is credited with the original concept, screenplay, and character designs—are Sorbet and Tagoma, remnants of Frieza’s army who plan to revive him with the Dragon Balls. You can see them below the key visual. 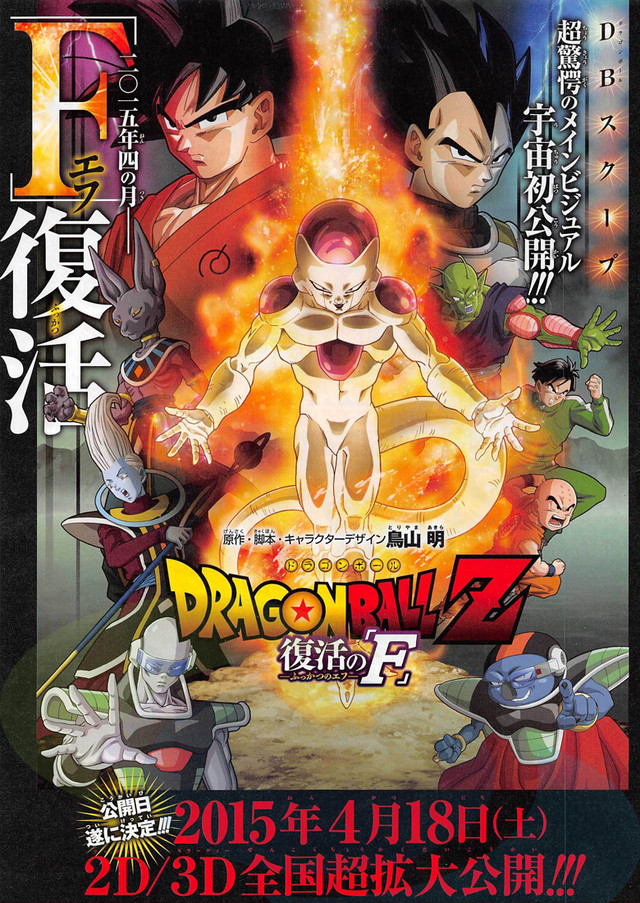 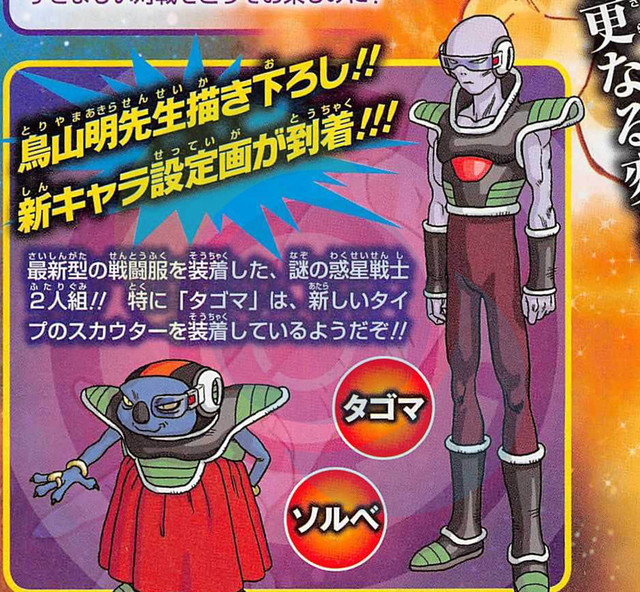