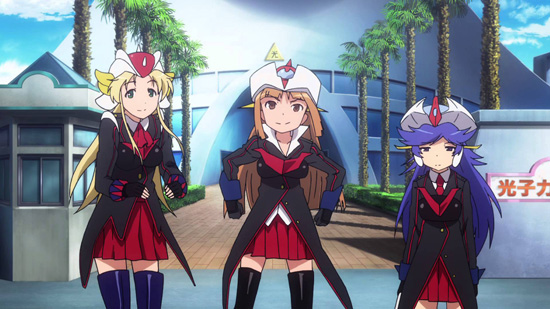 In the 1970s, Mazinger Z and Getter Robo invented the giant robot cartoon genre and made an entire generation of kids into cold-hearted psychopaths ready to destroy any threat to their homeland with a barrage of rocket punches, giant tomahawks, and heat rays fired straight from their chests.

Is that last part an exaggeration? Maybe a little bit. What’s not an exaggeration is the degree to which things have changed from those heady days. What better proof than Robot Girls Z, an upcoming TV anime which takes classic Dynamic Productions robots and turns them into cute girls? 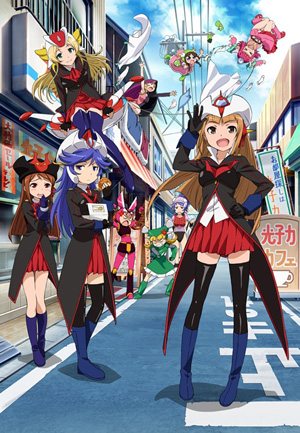 Getter Robo, which invented the whole “combining multiple robots into one totally sweet robot” concept (and originally piloted by a bunch of angry high school kids with very, very thick sideburns) is now Ge-chan, a 14-year-old girl who demands constant praise and attention in order to operate at peak performance.

Steel Jeeg, the Go Nagai robot previously known for blowing fools up with moves named things like MACH DRILL and KNUCKLE BOMBER is now Jeeg-san, who runs a super-popular doujinshi circle (and she still has those moves, too).

Rounding out the group are cute girl versions of every other seminal robot work of the ‘70s: Mazinger Z is Z-chan, Great Mazinger is Gre-chan, UFO Robo Grendizer is Grenda-san, and it goes on like this.

Hiroshi Ikehata, director of 2011’s very similarly premised Toei Robot Girls, will be directing the show, which is scheduled to air at the beginning of 2014.