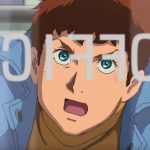 According to the official Mobile Suit Gundam: The Origin anime website, the sixth chapter, “Rise of the Red Comet,” will be the last. The anime version of the second part of the Battle of Loum arc is set to screen in Japanese theaters starting on May 5, with a DVD/Blu-ray release to follow on July 13.

The site shared a message thanking fans for their support along the way:

“This remarkable development would have never happened without passionate support from longtime loyal fans such as yourselves. We deeply appreciate your backing. Please enjoy the last episode.”

Here’s the second trailer from back in January:

Meet the Cast of the New The Legend of the Galactic Heroes Anime
DIVE!! Comes to Life in Stage Play Visual