[Review] Wish Upon the Pleiades 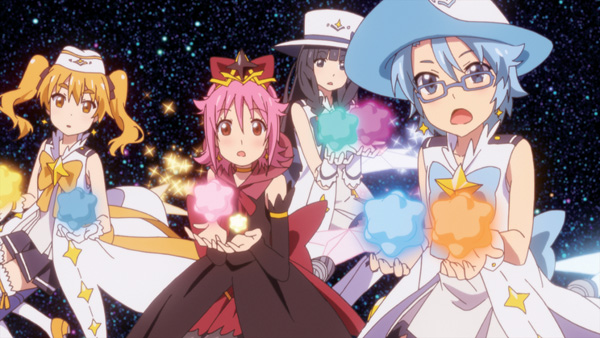 There’s something about school that has us all on the hunt for something greater. It’s not exactly the pursuit of higher learning or anything, it’s more the pursuit of anything but the same old boring classrooms. Why else would so many young adult stories involve something fantastical happening to or within a school? There’s Harry Potter and the countless magical academy-alikes it spawned, and then there’s a show like Wish Upon the Pleiades. What is otherwise a fairly typical magical girl romp echoes one major sentiment right from Episode 1: it reinforces our desperate hope that there is something more interesting at school than… school.

Wish Upon the Pleiades comes from anime studio Gainax, which isn’t exactly the heavy-hitting name today that it used to be. The studio has had a few hits of its own in recent years, but relative newcomers like Trigger have siphoned some of its talent and taken their place as the anime studio of choice for hardcore otaku. That the original net animation version is a collaboration between Gainax and Japanese automobile manufacturer Subaru is neither here nor there in the long run, other than the fact that the lead character’s name is, indeed, Subaru. If there was a subliminal message designed to make me buy a car within the series proper, it hasn’t worked… yet. 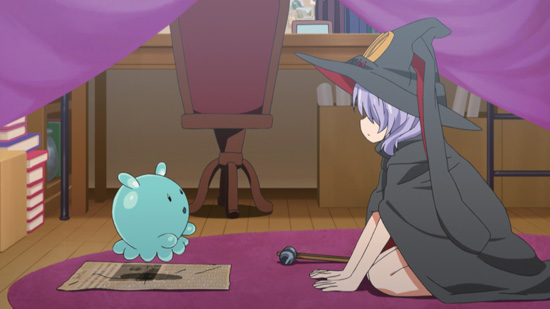 The story of Wish Upon the Pleiades is a simple magical girl yarn that doesn’t go down the rabbit hole of hopelessness through which many modern entries in the genre immediately retreat (see our feature in this very issue!). It all begins when Subaru heads to the school’s observatory, only something is amiss when the door opens. In a typically normal classroom she finds what appears to be the headquarters for a group of magical girls, including her childhood friend Aoi, and they’re quick to enlist Subaru into their cause.

That cause hinges on the search for fragments of an alien spaceship, and they haven’t even managed to secure a single one at this point. That’s why it’s so remarkable that they get the tiniest fragment of a fragment in their first outing with Subaru in tow. They’re not the only ones trying to put together this Pleiadian vessel, however, and Subaru soon learns that a mysterious cloaked boy is on the hunt alongside them. He’ll continue to attempt to thwart their quest for the fragments while trying to nab the pieces for his own intentions, so before you know it we’ve got a magical girl space race on our hands. 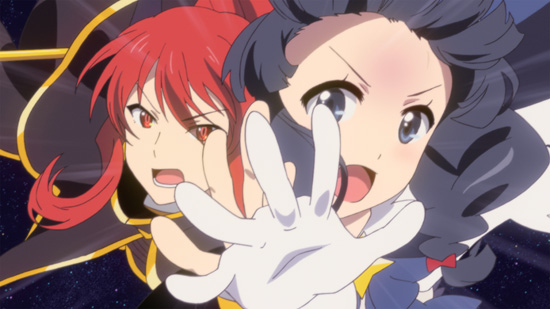 The results of this adventure are a mix between fragment hunts, doling out victories and losses in equal measure, and a few day to day school activities like preparing for the upcoming cultural festival. It’s all very quaint and relatively low stakes despite the lengths to which the girls must go to secure pieces of the ship. Gainax’s work on the series—which was directed by Shouji Saeki, who previously helmed This Ugly Yet Beautiful World, He is My Master, and more for Gainax, as well as an episode of Cardcaptor Sakura—is fine, but I don’t know that its characters or world design will stick with me for very long after the final episode’s credits.

There are a few twists and turns along the way, but Wish Upon the Pleiades rarely makes
a case for itself as essential viewing. Still, those who find solace in the bubbly, colorful, and occasionally thoughtful world of magical girl anime that doesn’t feel the need to torture its cast will likely enjoy their time with this one. 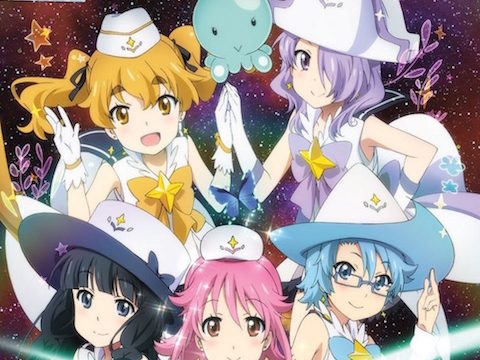 Wish Upon the Pleiades Makes Its Blu-ray and DVD Debut 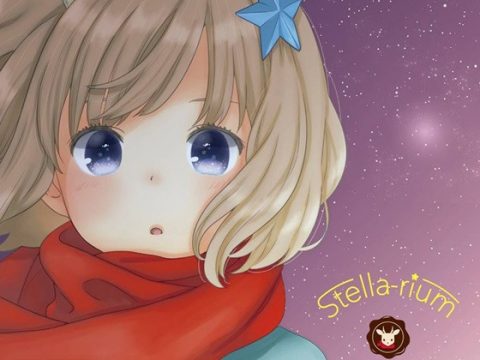 Wish Upon the Pleiades Anime Samples Its Opening Theme

Is an Attack on Titan Film Being Planned for Hollywood?
Five Thoughts About Kizumonogatari Part III: Reiketsu [Review]