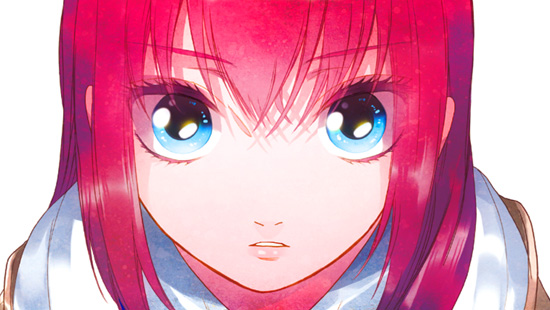 Self-proclaimed mad scientist Rintaro Okabe, aka Okarin, notices something funny going on in Akibahara. (You may ask, when isn’t something funny going on in Akibahara?) He’s just minding his own business, attending a lecture by a little-known member of the scientific community and haranguing him for faulty science, when suddenly everyone disappears.

He could have sworn Akiba was busy when he first arrived, but his childhood friend Mayuri insists that it’s been empty the entire time. Then he meets a young woman, Kurisu Makise, an 18-year-old scientific genius, only to find her dead a few moments later. Later that day, however, he meets her again, alive and well. There’s definitely something strange happening—and it’s not all in his head!

What follows is a twisty tale of time travel and alternate realities. The story balances mysterious pseudo-science against frantic antics and humorous jibes as Okarin attempts to figure out just what, exactly, is going on. It has something to do with SERN, an organization shrouded behind many layers of digital protection. 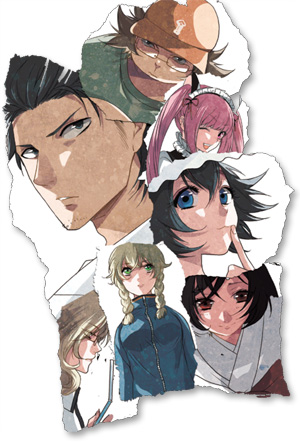 Fortunately, an ancient computer—okay, a computer from the 1970s—called the IBN-5100 is said to hold the key to unlocking SERN’s coded communications. Once they’ve procured the retro “phantom computer,” they just have to figure out how their microwave-turned-time-machine called a “phonewave (real name T.B.A.)” can send text messages to the past…. Actually, no, there’s much more going on than just that, and Volume 1 is only the beginning!

Steins;Gate is based on a visual novel by 5pb and Nitroplus. The game was popular enough to not only spawn sequel games, but also an anime series, an anime movie, and multiple manga arcs. The visual novel had multiple endings, so it’s not surprising that there’s multiple adaptations, but what remains to be seen is what direction Yomi Sarachi is taking with her adaptation. What unanticipated changes to the present will result from the changes Okarin and his friends cause to the past, and just what does the phonewave have to do with SERN? We’ll find out sooner or later!