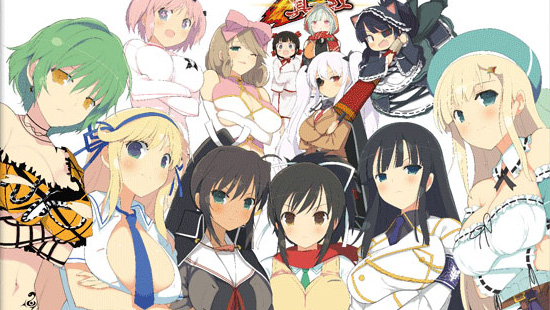 The first Senran Kagura game in the West made its debut on Nintendo 3DS back in 2011. It’s pretty hard to believe it’s been that long, especially when it’s seen its share of news and updates here in the gaming sphere. It’s even had its own anime series spinoff as well as a rhythm game, so there’s no denying its popularity.

Senran Kagura 2: Deep Crimson is extremely similar to its predecessors; two rival ninja clans facing off against each other in a storied tale of good versus evil. It’s fast, furious, and full of bouncing breasts. And it’s also some of the most fun hack-and-slash action fans will have on the handheld. 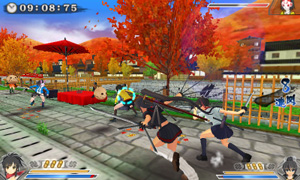 As for the narrative, there’s not much here you’ll really have to keep track of, and it’ll be revealed as the game unfolds—what you’ll want to focus on here is the combat, which is all about the combo, and oh yes, how quickly you can tear the clothing of your opponents off so you can land some ridiculous damage.
That’s the series’ trademark and something it’s known for, and it could turn potential players away, but it’s entertaining in that it’s funny sometimes to watch these powerful ninjas flouncing around like silly little rabbits in between battles. You need some of that fluff, because when you go hard in Senran Kagura 2, you go hard.

Battles are a flurry of swords and light and heavy attacks sprinkled with ninja arts throughout. All the characters have their own special moves and idiosyncrasies, so you’ll want to spend a little time with each to make sure you find a favorite shinobi girl with which you can hack and slash the night away. There’s a good amount of button-mashing here, for sure, but it’s as addictive as it is occasionally repetitive, as you earn XP boosts and unlock new hairstyles, clothing, and other special surprises throughout the game. 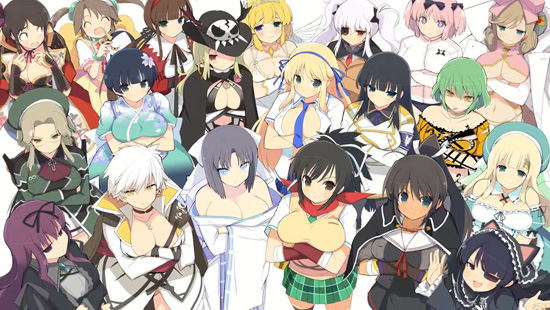 It can feel very much like a slog, but these special unlocks make it worth coming back to, especially when you start earning more interesting items. When you find a favorite character you can just sit and start opening up items that make the game feel fun and interesting for you, and that’s part of what makes them such a treat beyond chunks of combat that some may find a trudge. There’s definitely a grind to Senran Kagura 2, but the graphics and truly funny dialogue (great script and localization on XSEED Games’ part) make it well worth your time. 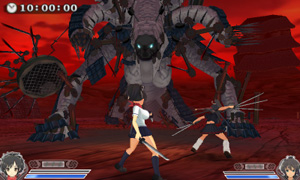 A wealth of content, sexy ninja fun, tag battles, and awesome unlockables make Senran Kagura 2: Deep Crimson a worthy follow-up to Tamsoft’s seminal ninja party. If you’re in dire need of a hack-and-slash title for the 3DS and some good, old-fashioned ogling (or dress-up time with the ninja girls) this is a game that’ll be right up your alley.