[Review] Of the Red, the Light, and the Ayakashi 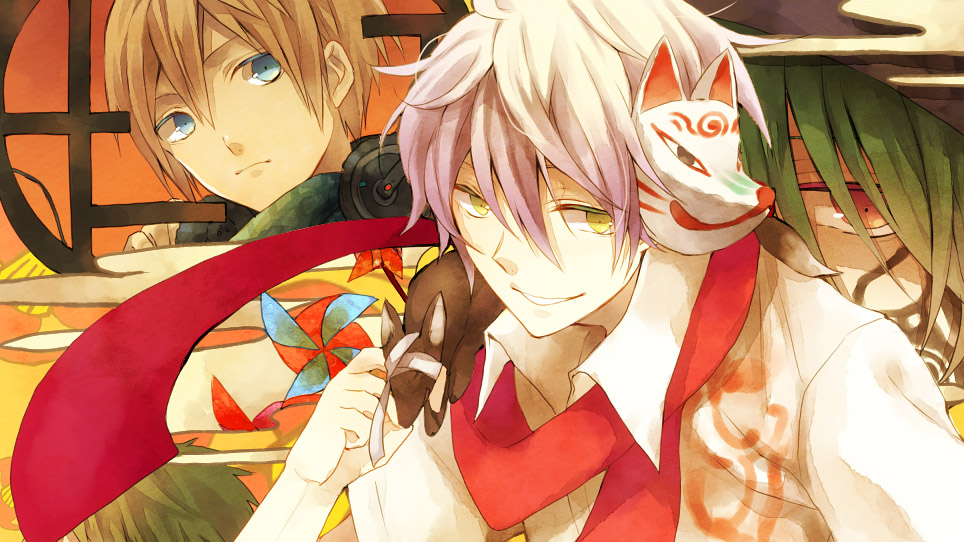 Yue, a cute bishonen who wears a fox mask like a hat, has lived all his life in a mountain temple. One evening, he descends to the village below to sample its annual festival and finds himself drawn to two other teenage boys: standoffish cool guy Tsubasa and flustered weirdo Akiyoshi. Back at the temple, Yue is informed that, for reasons his guardians frustratingly refuse to explain, he must choose one of the boys as his “meal.” Exactly what this means is unclear (if sexy), but Yue gets some uncomfortable suspicions when ayakashi—troublesome spirits—start feasting on the townspeople. The victims seem to be erased from reality.

If you’re thinking this sounds less like a narrative than a series of video game cutscenes, you know your Japanese pop culture. Of the Red, the Light, and the Ayakashi started as a PC visual novel by the dojinshi circle HaccaWorks*. Like a lot of dojinshi, it’s more focused on decorative artwork, character building, and yaoi tease than on telling a coherent story. At first it’s intriguing to follow the limited viewpoint of Yue, who doesn’t understand much about either the human or the spiritual world, but gradually it grows frustrating. 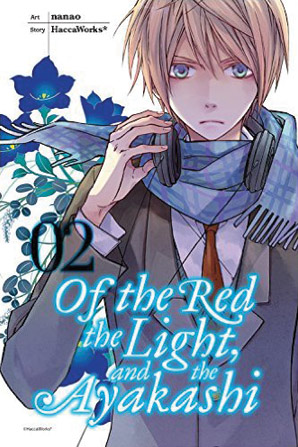 Is Yue a fox spirit, as he seems to be? Is he aware that he’s not human? Are the human characters aware of it? How much do people accept the reality of the ayakashi? Does anyone in the village ever think to check out that weird temple? One starts to suspect that the creators aren’t cleverly withholding information; they just forgot to provide it and plunged on so they could get to the next cute scene between the hot male leads.

The result is a good-looking manga with a lot of nifty elements that don’t connect. There’s a lot of potential in the mystery of the village, with its camilla-themed festival, creepy folk songs, and spirit-filled temple overlooking the action. If the characters—there are a lot of them—aren’t very fleshed out, at least everyone gets cool visual designs. And the ayakashi attacks provide monster-of-the-week adventures to drive the action along. But it all has trouble coming together into a story.