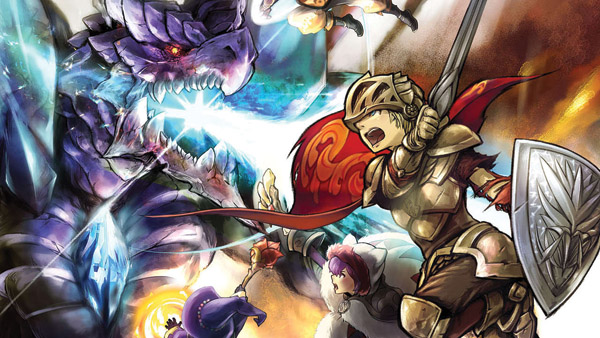 Although in Japan Final Fantasy has always had to compete with other big name RPGs, until recently it was the JRPG in the West. However, lately we’ve been seeing other series from Japan getting the push that used to be reserved for only the biggest imports. Now that Square Enix finds its once untouchable series in the midst of a host of stiff competition, it seems as though they’re taking risks with the Final Fantasy series in the United States that they wouldn’t have in previous years; cue Final Fantasy Explorers. 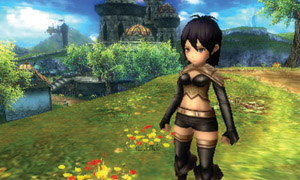 As far as plot, there’s not much here. The weak story of the search for a large crystal rumored to be on the island of Amostra, which can be used as an enormous power reserve, is simply there to get the characters in position. One of the biggest injustices this game does to the Final Fantasy name is the lack of any real driving force to push you ahead. There’s not going to be any hallmark Final Fantasy plot twists here to keep you moving, and the lack of attachment to the world makes gameplay exhausting at times. 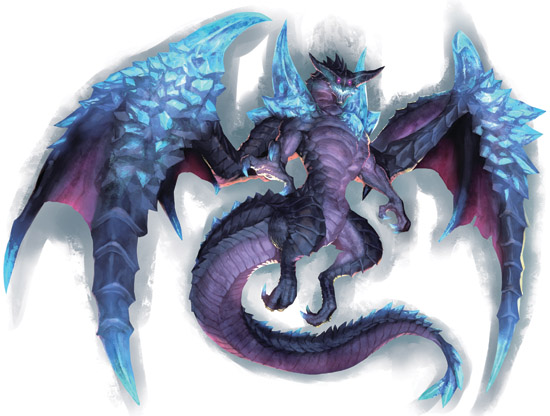 The combat itself is fun and surprisingly smooth on the Nintendo 3DS. You’ll choose from over 20 classes, each of which has its own strategies, strengths, and weaknesses, and as you slowly master each of them you can bring their skills across class to use at will. The skill system has a ton of depth, and each time you charge up your “Crystal Surge” in combat, you have the chance to learn new skills, which can then be purchased and equipped. 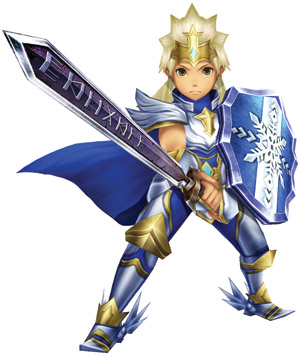 The limited amount of skill slots available makes it challenging to discover and devise which strategy works the best against each enemy, and skills end up being the center of your combat planning.

Like Monster Hunter, you’ll also be responsible for crafting your own weapons. You’ll have to go out into the world to mine and defeat enemies in the hope that you can get the drops you need to craft your next upgrade. While in the beginning it’s not too hard to find what you need to improve and craft weapons and armor, as you go through the game it gets to be more and more of a grind. For those who love Monster Hunter, that’s probably part of the sense of accomplishment, but Final Fantasy fans who bought this game hoping for more of a traditional experience may get turned off.

Multiplayer is an essential component of Final Fantasy Explorers, and luckily Square Enix has made the online aspect very easy to deal with. Soloing detracts from the experience as the lack of plot can make the world seem very desolate. However, with friends the dynamic changes and starts to feel like a light MMO. Unfortunately, another huge benefit to multiplayer is the difficulty of later quests. When you start getting into 6-7 star difficulty, it’s almost impossible to solo this game since it does not scale well at all. 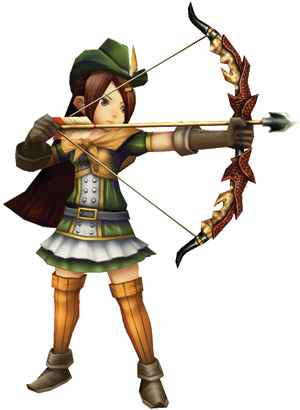 One of my favorite parts of Final Fantasy Explorers is completely optional. You have the ability to capture monsters and have them fight with you. Some Final Fantasy favorites are available, and I thought it was adorable to fight alongside Malboros and Bombs. You’ll also encounter other creatures like Ifrit and Shiva, and there’s a ton of reference to the whole Final Fantasy series, so there’s plenty to nostalgia out about.

Horizon in the Middle of Nowhere Alters the Course of Destiny!
Voice Actor Tara Jayne Sands is coming to Anime Fan Fest