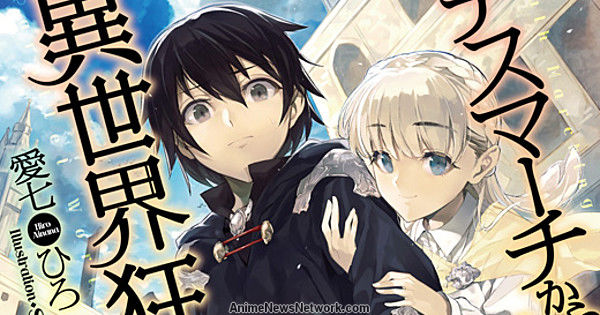 Ichirou Suzuki, a 29-year-old programmer, is on a “death march” to make the release date on “War World,” a browser-based RPG. After 30 hours working nonstop, he falls asleep at his desk and finds himself in the world of the game, alone in a wasteland under attack by an army of lizardmen! At first startled, Ichirou soon discovers he doesn’t have anything to worry about: he’s an insanely powerful Level 310 character, and he’s even de-aged back to a teenager as if this wasn’t wish-fulfillment enough already.

After making short he soon meets his first human inhabitant of this world, the earnest, pure-hearted young “magic knight” Zena Marientell. Zena and her soldiers lead Ichirou to the nearest town, where he checks into an inn and begins to learn about this strange new land: the people, the laws, the currency, the food, the pretty girls (“If she were a little younger, she’d be right in my strike zone!”) and just about everything you can think of, seen through the eyes of a privileged tourist.

One thing that makes Death March stand out from other “trapped in an online RPG” fantasies is that Ichirou still sees all the “game elements”: he can’t log off, but he can see the in-game icons and status monitors, he can carry infinite items without being burdened, and there’s an increasingly tedious in-joke of gaining and allocating skill points. (When Ichirou lies to someone, we see the pop-up “Skill Acquired: Making Excuses.”) In fact, things like “Level” are real to the people of “War World,” too (“It’s rare to see an adult who’s still Level 1. You must’ve been sheltered”), an odd choice since the manga strains to convince us of the realism of its setting in other ways.

All this unfunny self-referentiality puts an extra barrier between the reader and the story, destroying immersion as we’re not imagining being in a fantasy world, we’re imagining being a 29-year-old tech bro playing a fantasy RPG, with the bonus of infinite cheat codes. The nigh-omnipotent, emotionally undeveloped Ichirou comes off as nothing more than a reader-insert, 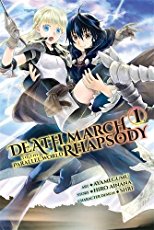 and far too much of the world is described through data dumps, to the point that Death March comes off as more of a game wiki than a story. (Actual dialogue: “Hell demons can only be harmed by magic or magical weapons. The intermediate ones have higher resistance to magic, so weak spells won’t work on them.”)

Author Hiro Ainana would clearly rather be designing or playing a RPG than telling a story, and, frankly, I’d rather be too instead of reading this dull manga. This is the kind of ultra-generic portal fantasy that makes me realize Overlord is actually pretty good.

New Gundam: Reconguista in G Project in the Works
Japanese Fans Rank the Coolest Mecha of the Decade