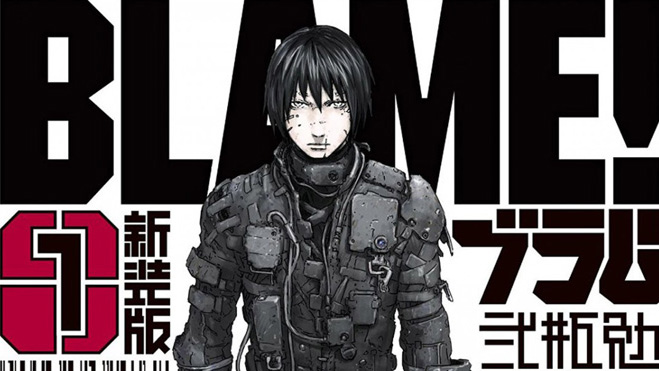 In an unknown time, in an unknown place, a man with a gun explores an infinite building. Endless miles of rusty girders, abandoned and automated factories, a metal catacomb with no sky and no exit: this is the Megastructure, an infinite dungeon where what you think are twinkling stars are just lamps in the ceiling, far away. Armed with his Graviton Beam Emitter, the mysterious Kyrii walks alone through this maze, where the scattered remnants of humanity eke out a living in the darkness and rust.

But they’re not alone: a whole ecosystem thrives here, an ecosystem of giant metal-eating worms, tentacled monsters, and the dreaded Safeguards, whose goal is to eradicate humans. Fighting his way from room to room, Kyrii’s goal is to find a living human with the Net Terminal Genes that can access the Megastructure’s control system … and perhaps stop the endless, mindless expansion of the ever-growing city. But his journey will be long, because the Megastructure is big: bigger than the Earth itself, big with rooms the size of planets, a dark universe that may have already consumed the sun and now reaches for the stars…

Many fans discovered Nihei’s work through Knights of Sidonia, but Blame!, his first long manga, is a stunning introduction 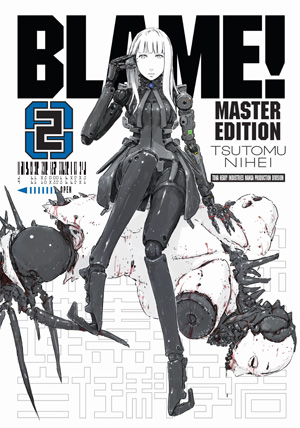 to this artist’s visual and conceptual imagination. Spurning accessible tropes like mecha pilots and high schools, Blame! is a deep dive into sci-fi weirdness, with only Kyrii and the occasional traveling companion for company, and with little explanation or exposition: we slowly learn about the world from scattered dialogue.

Mostly, it’s about the setting: pages and pages of fantastic architectural artwork, giant machines that dwarf tiny human figures. But it’s also full of great action scenes: fights with ever-mutating H.R. Giger-inspired monsters and cliffhanger escapes that turn this dungeon dystopia into the greatest platform game ever made. Vertical’s oversize omnibus collection prints the art in the large size that its detail deserves, making this a book you’ll flip through again and again: longing to be caught in Nihei’s world, yearning to figure out its puzzles. Recommended.

[Review] Attack on Titan: Junior High
Samuel L. Jackson Gets Specific About The Type of Anime He Digs