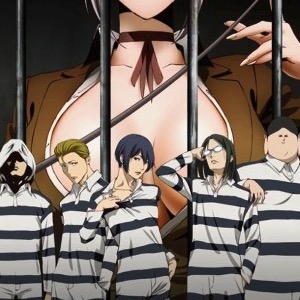 Akira Hiramoto’s Prison School manga continues its successful run with the announcement of another adaptation. This time it’s a live-action TV series, which is being directed by filmmaker Noboru Iguchi, known for fun, violent fare like The Machine Girl and RoboGeisha, as well as wild tokusatsu flick Karate-Robo Zaborgar and more.

Iguchi’s reaction upon hearing of the live-action plans was a laugh, followed by, “Is this for real?” He didn’t want to regret squandering the opportunity to adapt Hiramoto’s manga. The cast will be announced later, but the series is being produced at studio ROBOT and is currently set to premiere on MBS and TBS in Japan this October.

FUNimation is currently streaming the anime adaptation. Here’s how Yen Press, who publishes the manga in North America, sums up Prison School:

Hachimitsu Private Academy was a revered and elite all-girls’ boarding school on the outskirts of Tokyo…once upon a time. But with the new school year comes a revision to school policy: Boys are to be admitted into the student body for the first time ever. But on his first day at Hachimitsu, Kiyoshi Fujino discovers that he’s one of only five boys enrolled at the school. Their numbers overwhelmed by the thousand girls in the student body, is it heaven or hell that awaits these five (un)fortunates?!