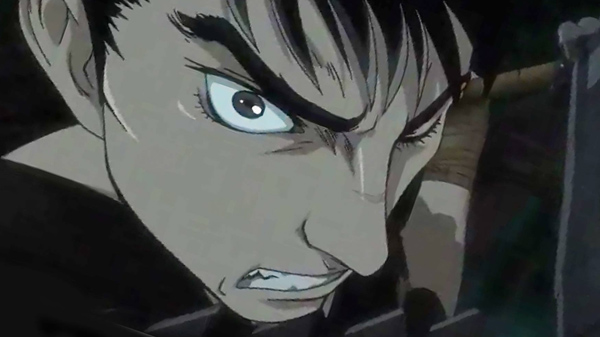 A new anime series based on Kentaro Miura’s Berserk is on its way.

Today the full version of opening theme by rock band 9mm Parabellum Bullet appeared online, and otaku opinions are divided as to whether it’s a good fit for the series.

The song, which is titled “Inferno,” is by the aforementioned 9mm Parabellum Bullet, a Japanese rock band formed in 2004 who previously wrote the opening theme “Wanderland” for anime series Real Drive. Vocalist and guitarist Takuro Sugawara also contributed to Hamatora’s opening, “Sen no Tsubaka.”

Response to “Inferno” is decidedly mixed so far, with many fans of the original Berserk series negatively comparing it to the 1990s series’ opening “Tell Me Why” by Penpals. One Japanese commenter, however, noted it’s not really fair to judge until seen with the opening animation.

Fair enough, dude. Let’s tune in (stream in, rather) July 1 and see how it looks. And if it’s not as good as the original opening, you can bet on a bunch of Berserk fans going ber– you know what? Never mind.