Say “Hiroshima” to someone from the west and someone from Japan, and you’re likely to conjure up two very different mental images.

For most people in America, Hiroshima is synonymous with a single moment: 8:15 am, August 6, 1945, the world’s first use of a nuclear weapon. A Japanese person would make the same connection, of course, but the bombing would be somewhere down a list which might include things like the city’s underdog baseball team, its distinctive dialect, or its soul food, okonomiyaki.

In short, in the minds of most people in the west, Hiroshima is more an incident than a place: it can be strangely difficult to imagine the proud, prosperous and unique culture of a region so closely associated with one sudden and brutal moment in history.

Enter In This Corner of the World, the new film directed by Sunao Katabuchi (Black Lagoon, Mai Mai Miracle), based on the manga by Fumiyo Kono (Town of Evening Calm, Country of Cherry Blossoms). 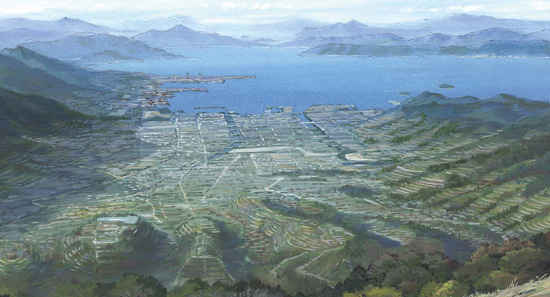 In This Corner of the World, which begins in 1930s, traces about a decade in the life of Suzu (Rena Nonen), a daughter of a Hiroshima family who, while clumsy and unsure of herself, is an exceptional artist constantly sketching the world around her. When she comes of age, Suzu is married off to a family in Kure, a port town in Hiroshima prefecture that serves as an important naval dockyard, and struggles to cope with both her new family and the increasingly difficult wartime situation as the port and city come under constant aerial bombardment.

In This Corner of the World will undoubtedly be compared to Grave of the Fireflies, another anime film that deals with the wartime bombing of Japan, and there are definitely some similarities between the two films. Like that film, In This Corner of the World is largely grounded in realism, with extreme attention to historical detail bursting from every frame. At the same time, neither film is totally beholden to realism, occasionally letting us in on the subjective viewpoint of their main characters. In Fireflies, the two protagonists’ dreams occasionally come alive on screen, and In This Corner of the World similarly depicts life from the viewpoint of daydreamer and artist Suzu, who imagines the constant explosions over Kure as perversely beautiful splashes of watercolor paint in the sky. 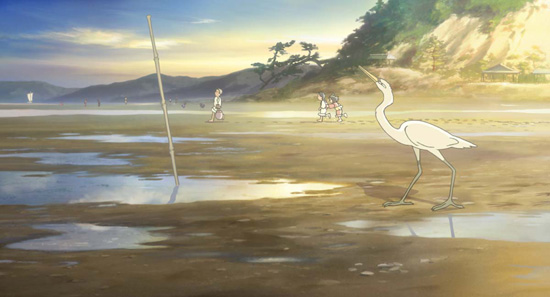 But while Grave of the Fireflies opens in medias res with the 1945 firebombing of Kobe, Corner begins in the peaceful 30s, with the bombings of ’45 not occurring until late in the film. In This Corner of the World spends the majority of its two-hour runtime depicting the minutia of day-to-day life in the Hiroshima prefecture of the 30s and 40s, from the bustling black markets to the increasingly inventive recipes cooked up by families undergoing food rationing. The film almost feels like an animated museum, and while the extremely detailed scenes of daily life might make the film drag at times, it would also seem a shame not to fully employ the years of research that went into its creation.

Of course, that day-to-day life is eventually brought to a standstill. Constant attacks force Suzu and her family to spend more and more time in their bomb shelter, emerging each time to see more of the city destroyed. The day of the nuclear attack itself is understated and without melodrama: the inhabitants of Kure, far enough from central Hiroshima to be safe from the blast, experience only a flash of light and, like the rest of the country, confusion, realizing only days or weeks later the true effects of the bomb. On the other hand, the postscript, in which Suzu and her family adopt a war orphan, feels like a forced happy ending, but perhaps is meant to symbolize the rebuilding of Hiroshima as a whole. 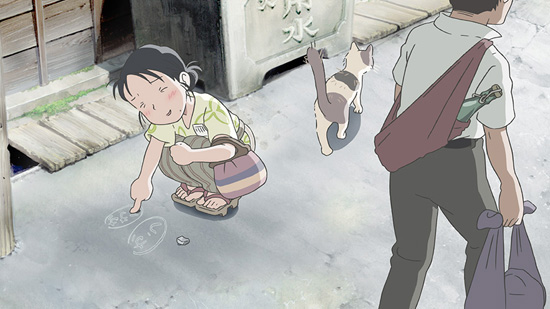 The journey of In This Corner of the World from page to screen is a story in itself. The film, unable to raise enough funds from traditional sources, was made possible by one of Japan’s first internet crowdfunding projects, which raised almost double its ¥20 million goal. But it hit another snag due to lead actress Rena Nonen’s strained relationship with her former talent agency, which meant the film got very little coverage from the mainstream press before its release.

But the lack of press doesn’t seem to matter: the film is doing exceptionally well at the box office. With recent talks of Japan, which has vowed in its constitution to never again wage war, of “normalizing” its military and even gaining a nuclear arsenal, the timing of the film is also auspicious. Hiroshima has been rebuilt, but In This Corner of the World, by immersing us in the life and culture of the city before seeing it violently ripped away, is a reminder (and maybe, to a younger audience, an introduction) of how much there is to lose in war. 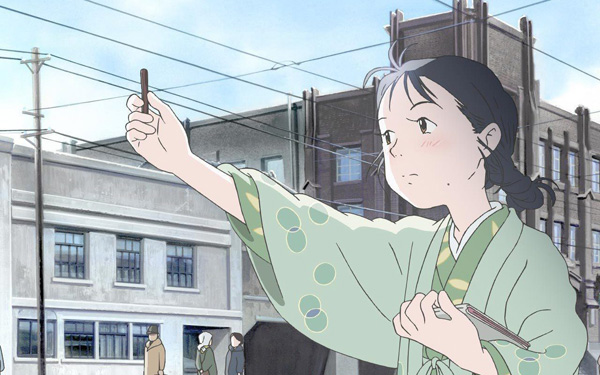 Matt Schley is OUSA’s man in Japan and e-News editor. Send him a tweet. 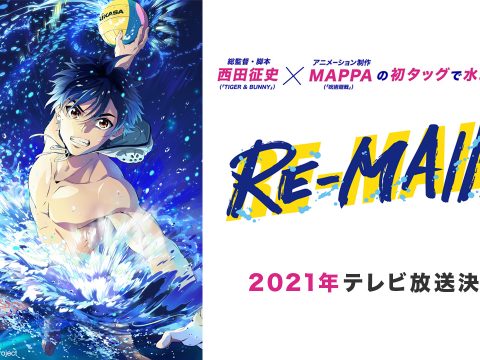 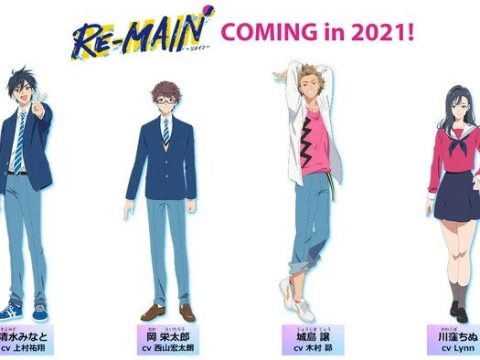