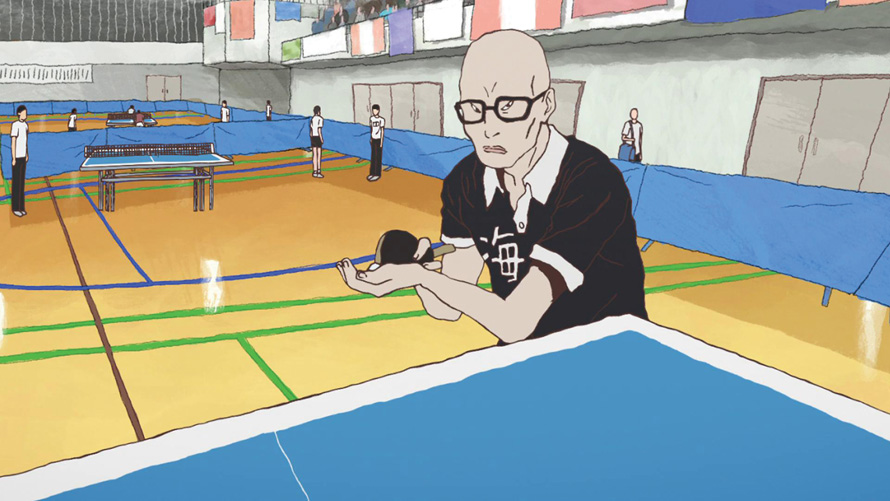 What strength! But don’t forget there are many guys like you all over the world

In the early 2000s, as broadband home Internet spread nationwide, it finally became possible to see what was new in Japanese media. Thus a generation went from Pokémon straight to ultraviolent fare like Battle Royale and Versus, as well as quirkier teen sports comedies like the homoerotic synchronized swimming tale of Waterboys and a surreal curiosity that was 2002’s Ping Pong. I don’t care about table tennis, and that movie’s awesome. If only Fumihiko Sori’s work since then retained that unique sensibility about it.

Ping Pong was a quite faithful live-action adaptation of a five-volume manga by the decidedly alternative Taiyo Matsumoto (Sunny, Tekkon Kinkreet/Black and White). Matsumoto’s manga was never released in English due to the combination of his highly divisive art style and the fact that any way you slice it it’s a story about sports. But its appeal endured. Twelve years later we’ve got Ping Pong: The Animation, a television series adaptation of the same manga being directed and storyboarded by the absolute best man for the job: Masaaki Yuasa. 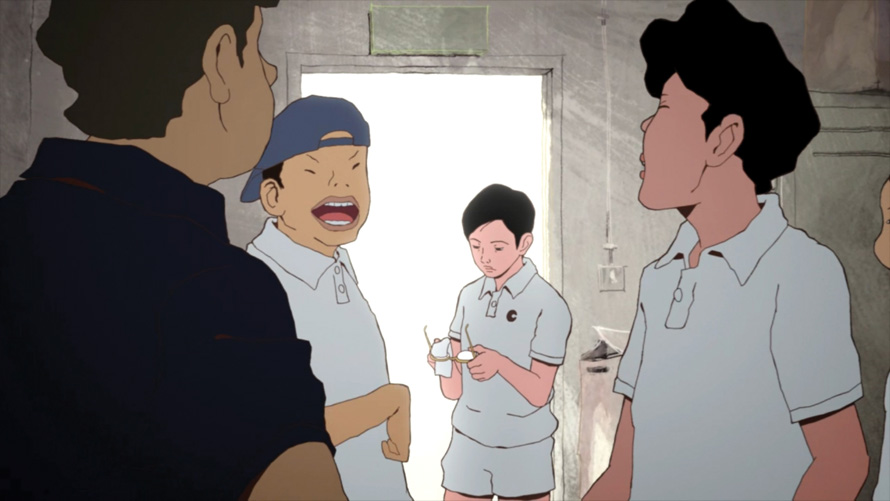 Yuasa is polarizing among animation fans for his experimental visuals, which integrate the conventions of live-action with comics and animation, but he’s developed a devoted following thanks to his work on titles like Mind Game and the criminally overlooked Tatami Galaxy: enough so that he was able to make the first crowd-funded anime Kick-Heart and create his very own episode of Adventure Time. Having previously worked for Studio 4°C and Madhouse, Ping Pong: The Animation marks Yuasa’s first collaboration with Tatsunoko Productions, and he’s brought his usual gang of cohorts along with him.

Makoto Tsukimoto is the textbook definition of “apathetic Japanese male.” His classmates nickname him “Smile” as a joke because he never gets emptionally worked up over anything. Sure, he’s extremely good at playing ping pong, but he has no interest in high-level play or getting really invested in winning at all costs because COME ON, IT’S FREAKING PING PONG. I’m on Tsukimoto’s side on this one and wish more people with this type of outlook existed to play fighting games with, as there is no need to get THAT maniacally competitive over Smash Brothers. His longtime pal “Peco” is the opposite: a loudmouthed arrogant jerk who rubs his skill in everyone’s face. That’s why I’m really glad that almost immediately Peco ends up suffering one humiliating defeat after the next. 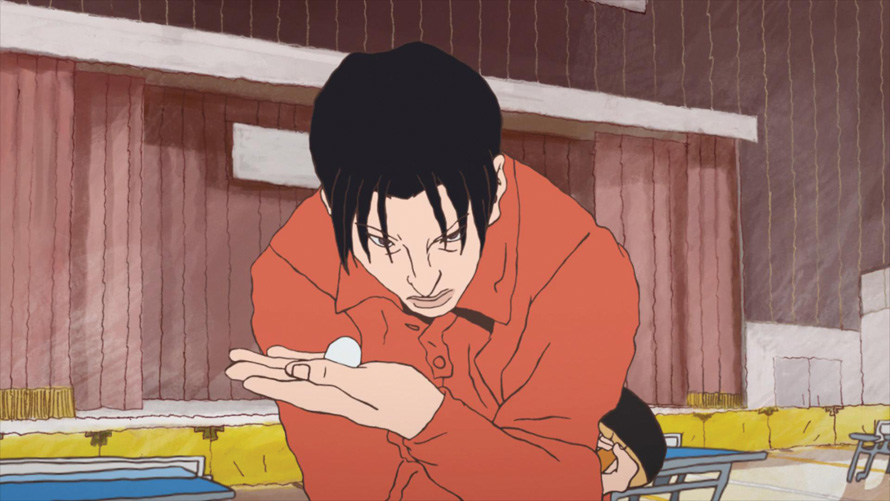 Of course, there are tournaments with tough opponents from other countries and schools. Sure, Smile has a coach who wants him to realize his true potential. And yeah, Peco rounds the corner and adjusts his attitude eventually. Even the scary rival opponents have their own sympathetic motivations. You can see all that coming since most youth sports narratives are essentially stories about growing up. The incredibly conventional plotting and characterization combined with the incredibly unconventional visual style mean that I can’t envision most anime fans in 2014 giving the series a chance. But when both were on at once, Ping Pong and Jojo’s Bizarre Adventure were my top two anime every week. 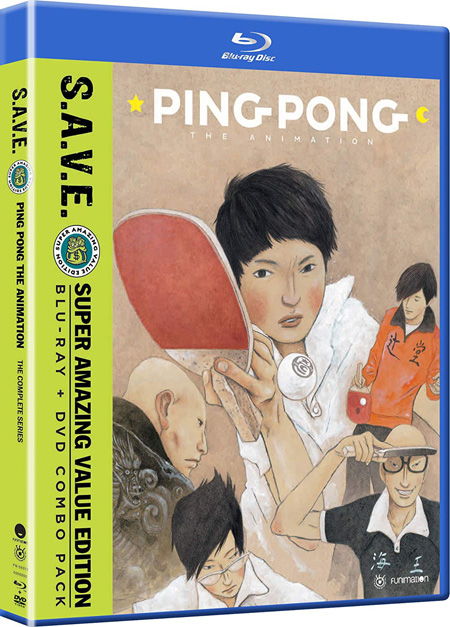 You see, what makes Ping Pong stand out in any of its incarnations is the execution. The animation of characters in motion, camera angles, composition of shots being split-screened to resemble manga panels, and momentary turns for the downright surreal and fantastic make every episode highly watchable, like a Kill La Kill or Attack on Titan battle albeit with table tennis paddles instead of swords. I lament never having been able to read the original manga, but the film and this animated series are so close to one another in style and content that it doesn’t matter. Thus far, none of Yuasa’s television series have been released on physical media due to lack of demand, so head on over to the FUNimation website to watch the entire series streaming, free of charge. It’s quite the “bizarre adventure” in its own right.