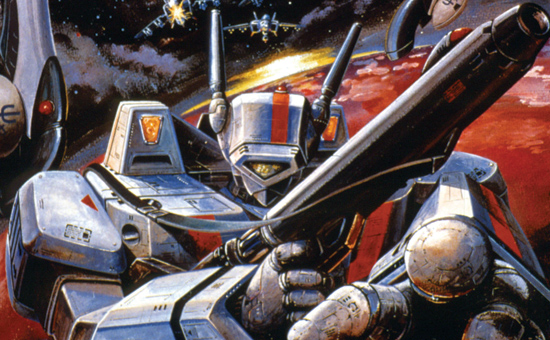 This story hails way from way back in the December 2008 issue of Otaku USA Magazine. Since the issue is out of stock at our online store and basically impossible to obtain if you weren’t a subscriber back then or didn’t pick it up it on newstands, we thought this feature was worth posting online for everyone to enjoy.

The 1980s were anime’s Golden Age of Sci-Fi, and perhaps no one single series better encapsulates what made anime of that era so unique and great more than Macross. For most of us here at Otaku USA, our experiences with this series represent some sort of milestone in our anime fandom. Whether we were taken in by the transforming jet planes flying around in space that kill the giant humanoid aliens by firing swarms of twisting missiles in loving detail, the melodramatic space opera, the music, the characters and relationships, or the fact that it was the perfect storm of “all of the above and then some,” we’ve all got stories to tell. 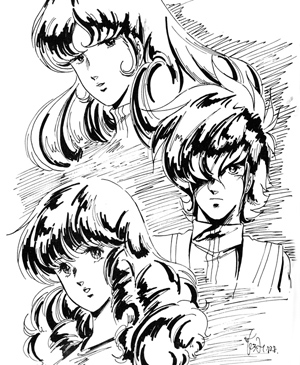 The Super Dimension Fortress Macross was a 36-episode TV series that aired during the 1982/83 TV season in Japan. Conceived at the height of the “Yamato Boom” as a comedy, Macross evolved into drama, then high melodrama with science fiction action/adventure trappings. Macross was a kind of “perfect storm” in the anime world as it united new, upcoming (and otaku!) talent with masters of the art at the peak of their creativity.

The merchandising of Macross was omnipresent and inescapable at the time. Shogakukan was cranking out the books like mad, Plastic model kit makers Imai, Arii, and Nitto (all eager to challenge the power of then-mighty Bandai and Takara) unleashed a ton of plamo onto retailer’s shelves (many of which made their way here to the US during those heady early 80s import boom times), and
Takatoku Toys unleashed what is regarded
(and rightly so) as probably the best “toy from
a show” ever made, the VF-1 Valkyrie variable fighter, the star of Macross (Minmay who?) in many ways.

Macross hit its grand finale in 1984 with the release of the theatrical feature Macross, Do You Remember Love, which was a “history reset button” retelling of the main (first 26 episodes) story arc with jazzed-up art direction and super shiny animation, and that was thought to be that. Then in 1985 Macross was imported to the USA as part of Robotech and that expanded its exposure by 1000%, which led to, eventually, all manner of new projects with the Macross name attached. But no matter what has come since, nothing really compares to the original. 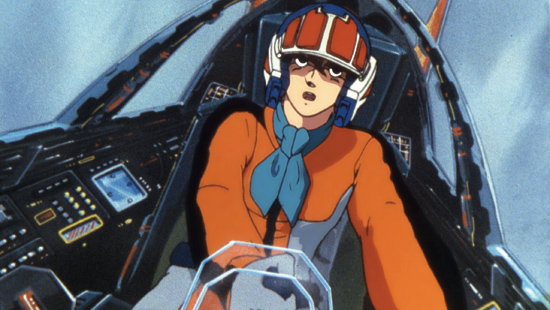 And 2008 somehow seems like 1982, because in addition to Bandai’s revival of the classic Takatoku Toys Valkyrie, ADV Films is pleased to present the entire 36 episodes of Super Dimension Fortress Macross in a complete series box set, just waiting for a whole new generation of fans to discover and fall in love.

I remember, like so many others, being first introduced to Macross by way of the English-language adaptation Robotech, which was mostly faithful to the original series before eventually spiraling out of control into the black hole of convolution that happens when you try to make it seem like three totally different shows were related to one another. Space Battleship Yamato may have been the first anime to inspire otaku mania, but if it weren’t for Macross, I wouldn’t be here right now; as a child of the 1980s, Star Blazers was simply before my time. 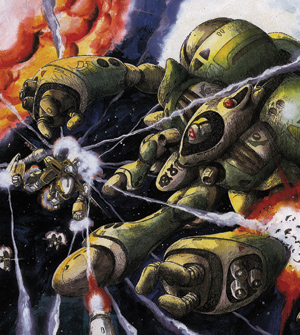 I remember thinking there was something about it that wasn’t the same as the other stuff I was watching on weekdays and Saturday mornings. It’s one thing to see something like Akira when you’re 13 and be surprised by the sex and violence into thinking “anime is … NOT KID’S STUFF,” but it was the story of Macross that made it stand out. The plot was serialized instead of being episodic. Important characters actually DIED, which was absolutely unheard of when you were watching GI Joe every weekday. On top of it all, the good guys seemed to lose more often than they won, as the villains succeeded in not only killing almost everyone on Earth, but using suicide bombers disguised as Santa Claus to nearly obliterate one of the few remaining cities. ON CHRISTMAS EVE. Even our heroes accidentally ended up erasing Ontario from the map. This sort of thing never happened to Darkwing Duck.

And yet, what I remember most was that in spite of the insurmountable odds of one ship versus an entire army of genetically bred giant warriors, the dominating theme of Macross was one of relentless hope triumphing over it all; the idealistic sentiment that one song was worth more than tens of thousands of battleships. Well, one song plus a giant effin’ robot with aircraft carriers for arms that it uses to punch through other ships, THEN unleash the massive ordinance. As an otaku, I may be incapable of feeling love or even really knowing what it is. But thanks to Macross, I do remember it. 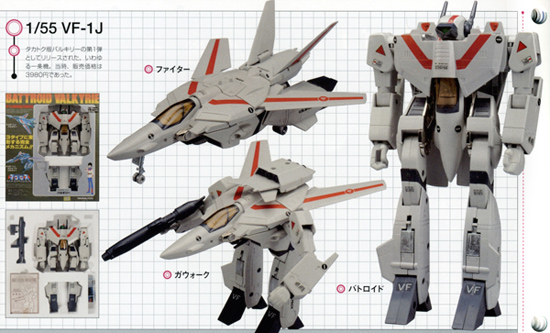 For me, Macross is completely summed up by its three core elements: flying, singing, and falling in love. Watching a good Macross series should make you feel like you’re on stage or performing aerial acrobatics, that head rush and clench in the gut, the knowledge that it can either crush you or fling you toward the stars in a split second. It may be cheesy, with all the pop idols and love triangles jammed into an epic space opera, but that’s part of the charm. I grew up watching Robotech (the Macross portion was my favorite) and I spent a long time singing, between choir and musical theater, so there’s something sort of pure and nostalgic about it that makes you remember what it was like before you grew up, watched 100 repetitive shows, and got all cynical. Every time I watch Do You Remember Love feels like the first time all over again, beautiful and exciting. 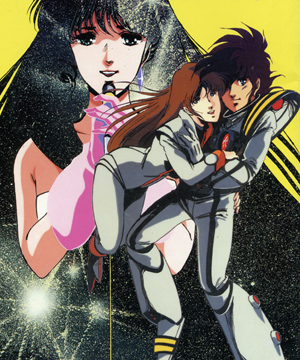 The other thing about Macross that made it so important, and I don’t think I’m alone here, were the characters. I was too young for Star Blazers so the intensely human characters in Macross were something I’d never seen in a cartoon before. Not to mention the things that happened to them; there’s still a Roy Focker-shaped hole in my heart somewhere. But even rarer, I love Macross for its women, especially Milia who I always wanted to be when I grew up. Its female characters can put to shame most shows made decades later, in a time that should have been more progressive. Sure Minmay was a ditz, and Misa did sort of get cast as the nag, but at the end of the day Macross gave us strong, competent, human adult women to look up to and fall in love with, and its women in refrigerators quotient is amazingly low. I don’t know if I can explain how important that is, that it was—and is—frankly crappy to grow up as a girl, but at least there was Robotech, Jem and the Holograms, and She-Ra in a sea of “math is hard” Barbies and badly characterized damsels in distress.

The 1982 Macross TV series was the first anime I got to see while it was still on the air in Japan. This was the pre-Robotech era, which meant my friends and I saw it in Japanese first and English second. Today, most inaugural episodes seem designed to leave a viewer bewildered, and the exposition comes later. Macross was the opposite; so much action and info was packed into Episode 1 it left us breathless.

Magazine coverage and an early product flood had already educated us about the mecha, but the story was fresh and overflowing with intrigue. There was heavy competition in 1982 for Japanese viewers, and it was critical for an opening episode to grab as many eyeballs as possible. It definitely worked on me. For a while, at least. 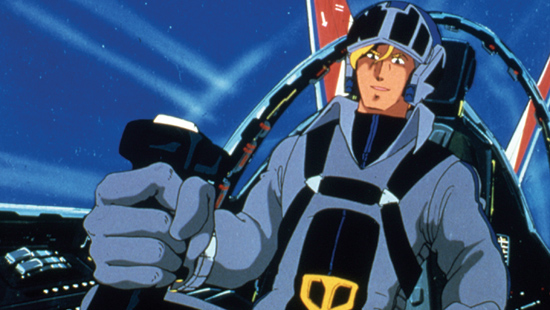 From the privileged vantage point of 2008, I can see clearly how mercurial I was then, swinging between complete devotion and utter disdain. One year I bought up every Valkyrie model I saw, the next I vowed never to look at another one. It wasn’t Macross changing, though, it was my reaction to the fandom forming around this show. I thought Robotech was okay at first blush, but having been exposed to the original I soon came to despise the US version for aesthetic reasons. The voices were good, but the script changes were infuriating and the new music was unbearable. And this guy Macek was taking credit for the entire production? Liar, liar pants on fire! It seemed like a generation of fans was buying into this 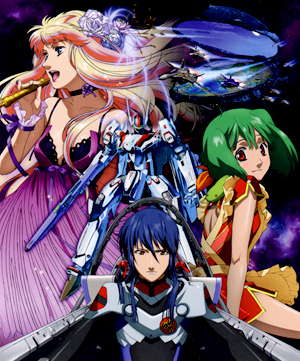 without question, and I began to despise them, too. My resentment blinded me to the fact that they mostly didn’t have a choice in the matter. They didn’t yet have access to the original.

The 1984 Macross movie was similarly affected. I adored it for a while, then kicked it to the curb when it seemed like the only anime everyone else cared to talk about. I wrongly blamed it for their myopia.

But with the passage of time and cooling of temperatures, I realized Macross was just as fun and innovative as always. It didn’t take anything away from my other faves after all, and it was okay to like it again. Now it serves as a meter of my own evolution as an anime fan. That makes it a personal experience for which I’ll always be grateful. 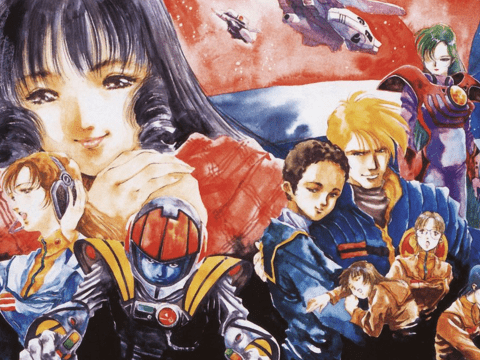