Parasyte Anime to Debut This Fall

Back in November we reported on Hitoshi Iwaaki’s Parasyte manga being adapted into a pair of live-action films, which are being directed by Takashi Yamazaki (Returner, Space Battleship Yamato). Now it looks like we also know when to look forward to the anime series, which is set to debut in October.

The anime’s position as part of this year’s fall season was revealed by Takara Tomy Arts at the Tokyo International Gift Show Exhibit. No further details were divulged, but the date was spotted on a preview of capsule toys. 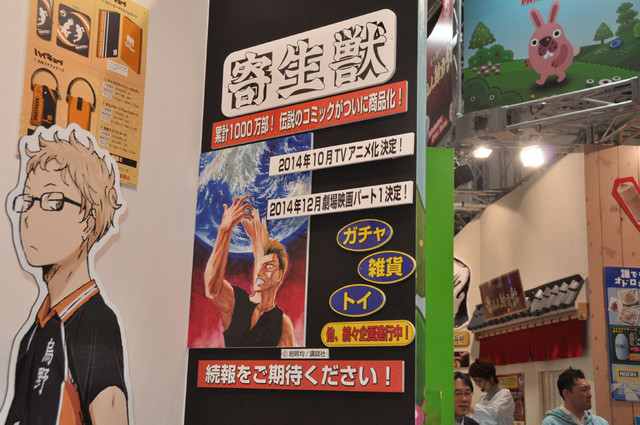 The first Parasyte film will premiere in December.