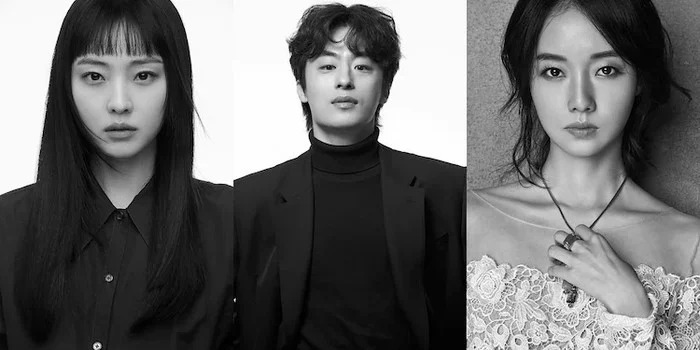 Parasyte, the body-snatchin’ horror manga from Hitoshi Iwaaki, has been adapted into anime, live-action films and more. Now it’s set for a live-action series made in South Korea.

Netflix will stream the series.

In Japanese, the title has been announced as Kiseiju: The Grey (ostensibly the English title will be Parasyte: The Grey, but we shall see).

The series will star (from left to right) Jeon So-nee, Koo Kyo-hwan, and Lee Jung-hyun.

It’ll be directed by Yeon Sang-ho (Train to Busan) with scripts from Yeon and Ryu Yong-jae (Peninsula).

The Grey features the same body-possessing parasites as the original manga, but has an original story. That includes a character (played by Jeon) who manages to co-exist with them after being infected, kind of like main character Shinichi Izumi in the original.

They arrive in silence and darkness. They descend from the skies. They have a hunger for human flesh. They are everywhere. They are parasites, alien creatures who must invade – and take control of – a human host to survive.

Once they have infected their victims, they can assume any deadly form they choose: monsters with giant teeth, winged demons, creatures with blades for hands. But most have chosen to conceal their lethal purpose behind ordinary human faces. No one knows their secret – except an ordinary high school student. Shin is battling for control of his own body against an alien parasite, but can he find a way to warn humanity of the horrors to come?