Aniplex of America provided some details for the physical release of Rebellion, the third in the series of Puella Magi Madoka Magica theatrical films. The original movie will arrive on Blu-ray in North America on April 8.

The Blu-ray comes our way as an import, and will be available in Collector’s and Standard Edition versions while supplies last. Both versions will come with the movie with English subs, as well as unsubbed bonus content including the theatrical trailer, audio commentary, and textless opening. 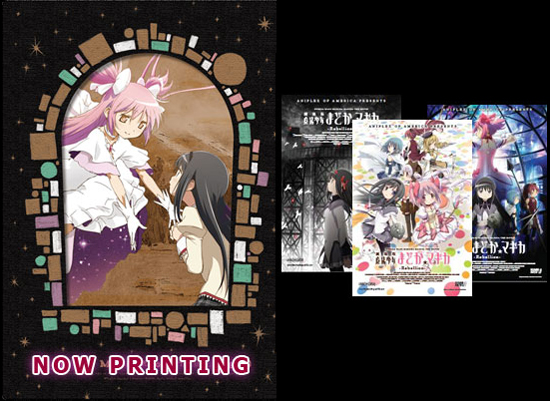