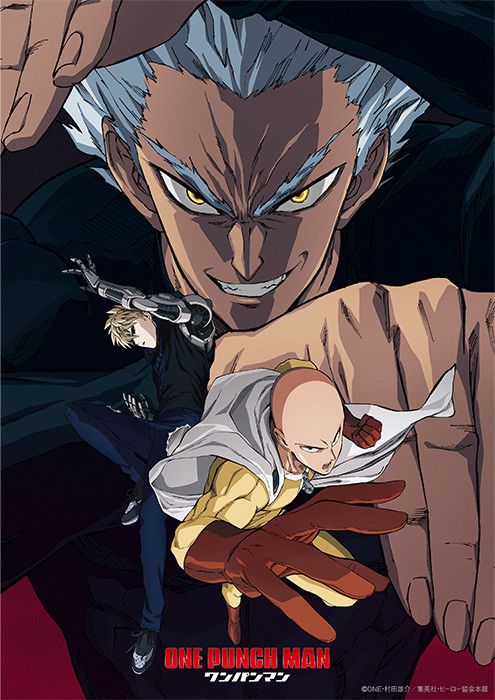 There are more than a few folks waiting for One Punch Man to hit screens again with its second season. We’re going to have to wait for a while longer, but at least now we know when we can expect to get punched: April 2019.

That’s the news from a special One Punch Man event held August 12 in Japan, where a key visual and teaser video for the second season were also revealed.

Finally, it was announced JAM Project, who did the opening theme for the first season, will be back again for the second.

There you have it folks: Your One Punch Man in April. No lie.

On an unnamed Earth-like super-continent planet, strange monsters and supervillains have been mysteriously appearing and causing disasters. To combat them, the world’s superheroes have risen to fight them. Each of the Hero Association’s superheroes are ranked from S-Class which is the strongest to C-Class which is the weakest. Saitama is one such hero, hailing from the metropolis of Z-City. He has trained himself and grown strong to the point that he can effortlessly defeat any opponent with a single punch. However, Saitama became a hero for the fun of the experience, and he has lately become bored with his superhuman power and frustrated at the complete lack of strong opponents that can challenge him.