One Piece Manga Has 450 Million Copies in Print Worldwide 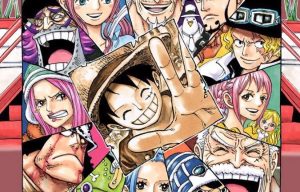 Eiichiro Oda’s One Piece manga can’t be stopped, and that’s thanks in no small part to the fact that the story may actually go on forever. Sure, Oda has threatened to get close to the climax in the past, but we’ll believe it when we see a big, fat THE END on the final chapter. In the meantime, the series hit another major milestone, as it has now printed 450 million copies worldwide.

Of the 92 volumes in print, 380 million copies have been printed in Japan and 70 million have been printed abroad. One Piece has been running in the pages of Weekly Shonen Jump since 1997, and it’s spent the last 11 years dominating Oricon’s annual manga sales rankings.

The official One Piece YouTube channel is currently promoting volume 92 with a 10-minute narrative performance of “Wano Country: Adventure in the Land of Samurai,” provided by a popular professional storyteller, known in Japan as a kodanshi.