The third One Piece Live Attraction event—which is part of a series of live character shows held at the Tokyo One Piece Tower theme park—is set to debut on April 29, and manga author Eiichiro Oda is supervising the attraction. Oda even designed an original character for the show, and the park revealed the new addition in the form of Oda’s sketches. 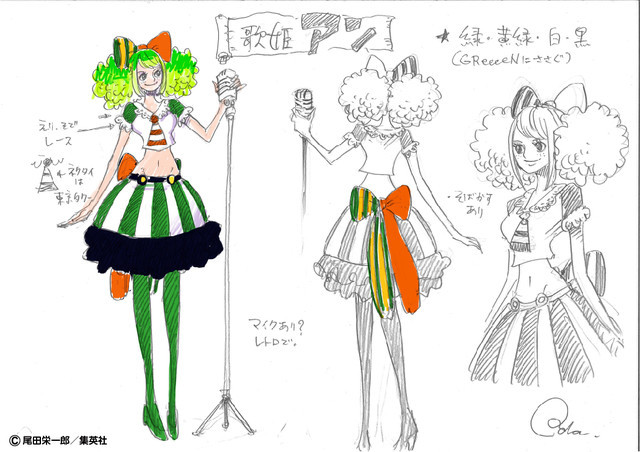 In addition to Anne, the park announced that GReeeeN will perform the third show’s opening theme, “4 ever Doooon!!!!,” and will also be responsible for the songs Diva Anne performs.