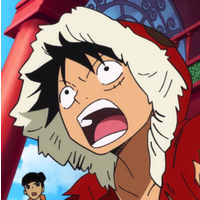 The previously announced One Piece special, One Piece ‘3D2Y’ Ace no Shi wo Koete! Luffy Nakama to no Chikai (One Piece ‘3D2Y’ Overcome Ace’s Death! The Oath with Luffy’s Crewmates), is set to air on Japan’s Fuji TV stations on August 30. The “mysterious episode” will consist of all-new content not previously featured in the anime or Eiichiro Oda’s manga.

The 3D2Y in the title refers to a code Luffy and his crew are tasked with deciphering during their two-year training period. In addition to Luffy’s secret haki training with Rayleigh, the special will feature Hancock, Buggy, Mr. 3, Mihawk, Perona, Akainu, and more, including the new Oda-designed enemy character, Bandy World.

Hyping up the special, Toei Animation recently streamed a trio of TV spots—Luffy, All-stars, and World versions, respectively—which you can see below.