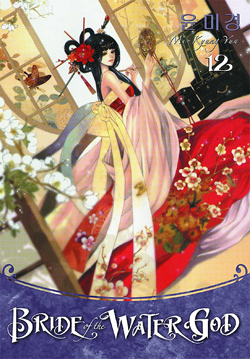 It’s Dark Horse in alphabetical lead to start us off with two new volumes this chilly Wednesday—Bride of the Water God (Vol.12) and Gantz (Vol.25).

This volume of Bride of the Water God offers a fairytale tease as we see Habaek and Soah come so very close to getting their happily ever after. Alas, it is still not yet meant to be, and before they can seal the deal on their marriage, their palace’s defenses are breached and a war erupts. Will these two ever be allowed nice things?

Meanwhile in Gantz, which is being released a couple weeks earlier than listings originally suggested, the war that’s been waging since day one continues in a series of do-or-die battles between the teams forced into these death-matches and their otherworldly opponents. Despite their best efforts, no one’s been able to make it past the final boss, a fearsome creature with shape-shifting abilities, but here in volume 25, team Tokyo is going to risk it all on a move they hope will finally win them their survival. 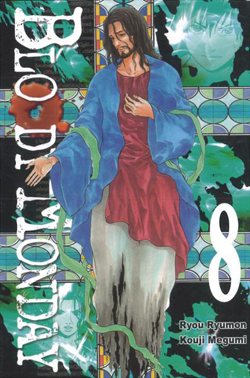 Did you know Kodansha Comics has recently given their website a revamp? The company’s been doing a few different things lately to better get out the word about their releases, and that also includes individual synopses for their books finally being posted online. Huzzah! In honor of that fact, here’s just such an info share of their new book, Bloody Monday (Vol.08):

“In this volume of Bloody Monday, Otoya and Aoi come to the rescue at Kishiro Gakuin High School! Just when danger seems temporarily at bay, another enemy appears for Otoya and his friends. Meanwhile, Fujimaru arrives at the school, but is kidnapped by the terrorists! What will happen to our heroes?”

Fangirls (and boys!) rejoice for a new volume of Black Butler is out and this time it’s full of…! …zombies?   With the events of the mansion murders behind them, Ceil and Sebastian are investigating rumors that the dead are being resurrected. In search of information, the young Master and his demonic butler find themselves aboard a luxury cruise 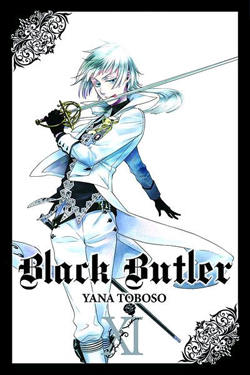 ship amidst a society calling themselves “Phoenix.”

Collectors of Yen Press’ Black God may notice a little price increase this week, with volume seventeen costing one dollar more than the previous. It’s not a lot, but still worth a note for those confused by an unexpected up on their receipt. In terms of the story, however, it’s back to the days of yore as this flashback volume shows us the history of mototsumitama – the semi god-like guardians of the world – of old and the decision made by one that led to an upheaval of the society they were striving to create. Yen Press is only a couple volumes away from being caught up with the original books, so while volume eighteen is due out this January, we could be in for more of a wait after that.

A new series’ debuts this week and the cover likely looks very familiar to some. Triage X is a new title by the artist of High School of the Dead, which Yen Press is also currently publishing. Like that series, this is one of Yen Press’ slightly more expensive releases at $13.99/US a volume. Keeping up with that consistency, it sounds like Triage X lives up to previous fan-service levels with a story sporting busty nurses who see more use in killing evil-doers than tending patients. And if the cover is any indication, they do so in clothing that rips very, very easily. Triage triple-X more like it…? 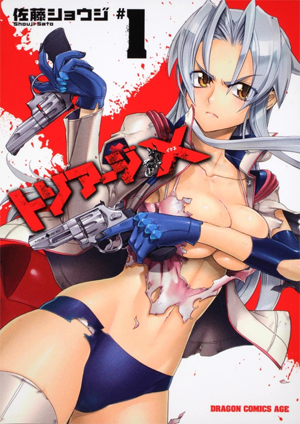