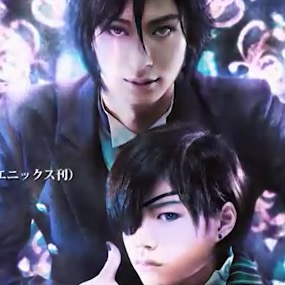 The third stage musical for Black Butler—Musical Kuroshitsuji -Chi ni Moeru Licorice (Musical Black Butler: Licorice That Blazes the Earth)—is preparing for a four-city tour in Japan, followed by a three-city China tour. To get fans in both locations ready, the official website went up with a new promotional video featuring a few quick shots of the cast at work.

The musical covers the manga’s Jack the Ripper arc, and first ran in Tokyo and Osaka in September 2014 and October 2014, respectively. The new run will play Osaka, Miyagi, Tokyo, and Fukuoka from November to December before it heads to China, making stops in Shanghai, Beijing, and Shenzen.