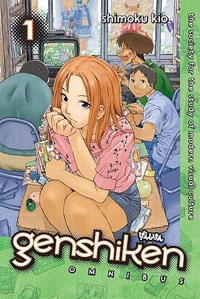 Summer convention season is taking off with multiple events this past weekend. Between Fanime and Anime North, it feels like everyone knows someone who’s attended an anime con recently! At the time of writing this article, the cons are still ongoing, so I’m not sure if there’s going to be any manga acquisition news. If there was, though, then you can take a pretty easy guess at what news I’m happy for this week! More manga available for our bookshelves is always a yay.

On that note, Kodansha Comics starts a ‘new’ series this week with the debut of their omnibus edition of Genshiken. For those unfamiliar with this dose of geeky fun, the story is about two students who join their school’s otaku club, ‘Genshiken: The Society for the Study of Modern Visual Culture.’ While one of them fulfills a life-long dream in doing so, the other brings upon the frustration of his girlfriend who was hoping her partner could be turned into a ‘normal’ person. Not to be deterred, she follows him into the world of conventions, doujinshi, figures, and cosplay!

Also wading through unfamiliar territory are the crazy crew of The Wallflower. While once their days were solely about making over the grim Sunako (or at least convincing her landlady aunt they had), now everyone’s romantic endeavors—or suspected ones—are of even more concern. Twenty-eight volumes in and the best part of this story is still the things that never change, such as Sunako’s entertaining reactions, which still manage to throw her pretty-boy friends for a loop. 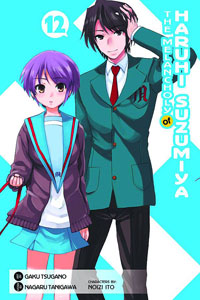 This is the week of Yen Press’ monthly haul and they’re capping off May with ten new volumes. Speaking of tens, In Nabari No Ou (Vol.10), the past is nipping at Yoite’s heels and the weight of his own history could finally do him in. While a break from the incessant angst might be a welcome change for the series, I fear there are still a lot of bad things to come before we see another sliver of hope from this ninja story. The past haunts elsewhere, as well, as Alice, Oz, and Gil wander old ruins in Pandora Hearts (Vol.10), always unsure if the glimpses of history they see are real or not.

We’ll have to hold out hope that Haruhi can bring some fun and pep to the manga buying stacks in the newest volume of her series, The Melancholy Of Haruhi Suzumiya (Vol.12)—irony of the name withstanding. Things don’t look too promising, though, with Kyon traveling back in time to the day his friends all disappeared and he was stabbed nearly to death!

With some fresh starts, Yen Press begins two new series: Until Death Do Us Part and Puella Magi Madoka Magica. While the first is an omnibus edition offering bulk for your buck, Madoka Magica comes with higher anticipation after the anime got a lot of critical and fanatical praise these past couple years. Will this manga adaptation live up to the hype? Madoka Magica begins as many series before it have, with a mysterious transfer student, a talking magical creature, and a life-altering decision to make by titular character Madoka Kaname. I’m eager to see what twist on the magical girl genre this series explores and to read what all the excitement is about! 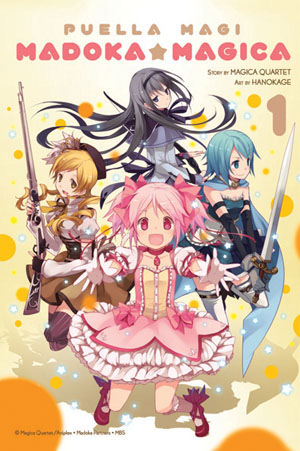 Attempting to Bridge the Nadesico Gap
Project Zero 2: Wii Edition Clip Aims to Freak You Out