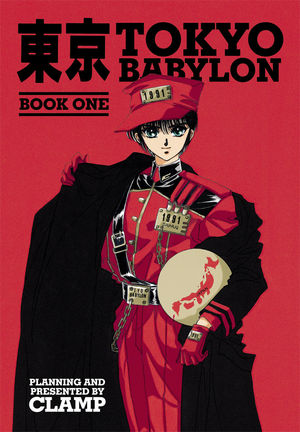 Dark Horse has been making it really hard to conserve shelf space with their re-releases of CLAMP’s back catalog. Even if, like me, you already own all the previous releases from Tokyopop, it’s almost impossible to pass by these brand new, retranslated, cleaned up, full-color page included, omnibus collected editions. How can you not buy them?!

This week it’s one of my CLAMP favorites getting the Dark Horse spruce up – Tokyo Babylon. This series is a predecessor to their better known X, and follows the onmyoji Subaru as he works to cleanse the city of Tokyo, one deadly mystery at a time. If you’ve already read X, then the innocent and hopeful Subaru you see here may come as some surprise, but that only serves to foreshadow just how dark this series becomes. It’s one heck of a ride, so I recommend starting on the trip with this week’s volume one which encompasses the original first three books.

Offering a different kind of nostalgia is Blade of the Immortal (Vol.26) – over a dozen years later and we’re still collecting this series. This volume takes advantage of our attachment, however, with the death of an important character, and it isn’t pretty. On top of that, we finally start seeing all the threads of different characters’ journeys really start coming together. There are only four volumes left, so expect to see the plot speeding up as we head towards the end. 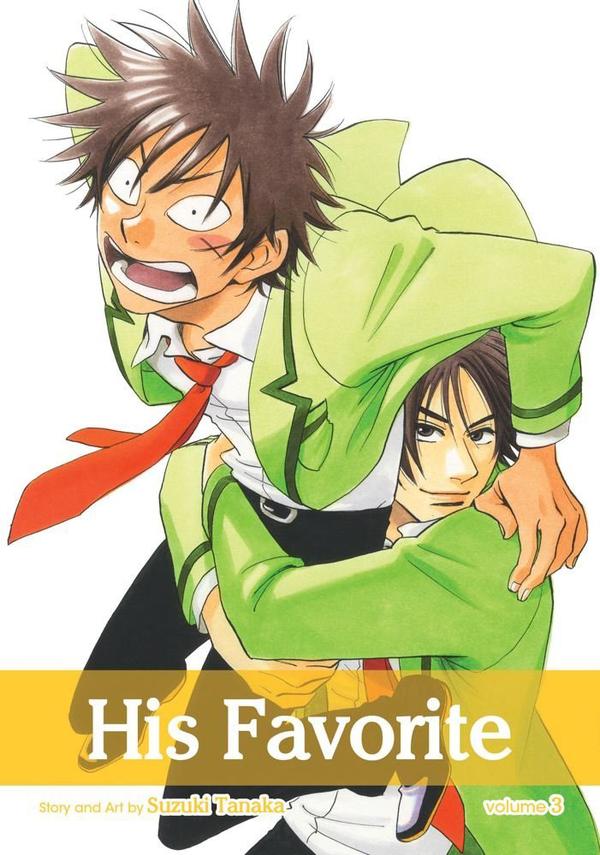 For something more consistently cheery, SuBLime is releasing volume three of His Favorite. This hilarious boys’ love story follows the relationship between above-average attractive Sato and the decidedly below-average attractive Yoshida. Up to this point, Yoshida has been plagued by Sato’s fan club, who constantly attack him for being so close to Sato, and yet now it’s Yoshida who seems to be getting more positive attention. As accustomed to dealing with popularity as he is, how will the jealous Sato react?

The prize for best cover this week goes to Arata the Legend (Vol.13) – I really love these horizontal graphics that Yuu Watase has been creating. She makes good use of the shape for some gorgeous detail work and energetic poses. This week’s cover is a great example. As for the content itself, the two battle scenes begun in volume twelve are raging on as the fight for submission and the reclamation of weaponry resumes. And if the synopsis is any indication, Akachi has a revelation that could turn the tide of at least one of them. 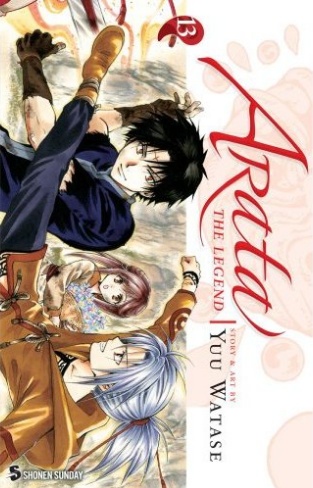 A book I never thought I’d see on these lists was Fullmetal Alchemist 3-in-1 (Vol.04). Originally Viz Media always stopped their 3-in-1 books at only three volumes, instructing readers to then seek out the singles. This was frustrating not only because of difficulty finding old volumes (especially for series 20+ volumes long) but also because many, if not most, collectors don’t want to collect a series with their books all different sizes and designs. Fortunately it seems the first three omnibus editions sold well enough that Viz Media opted to continue them, so now, a year and a half later, we have volume four! Fullmetal Alchemist is one of the best comic series I’ve ever read so I’m thrilled to see it have another full edition made available. If you haven’t read it already, I highly recommend seeking out these omnibus editions for quick, affordable means in which to do so (or there’s always that mega boxset released in 2011!).

Speaking of one of the best comic series I’ve ever read, perhaps this week’s most notable title is 21st Century Boys (Vol.02). This volume brings to a close the epic 20th Century Boys story by Naoki Urasawa, easily one of the most suspenseful and well-orchestrated manga series released in English to date. While truthfully I haven’t found recent volumes to be as white-knuckle intriguing as earlier books, I’m no less excited to see how this story wraps itself up. Not to mention the all-important question – who was the true Friend…?

And then for a story with a lot less meat on its bones, but still plenty of entertainment, there’s a new volume of Rumiko Takahashi’s Rin-Ne. In volume eleven, Sakura finally gets a reprieve from her ability to see spirits after ingesting a special candy. Unfortunately, as relaxing as the break is, she now finds herself susceptible to dangers she can no longer see coming. Oops? 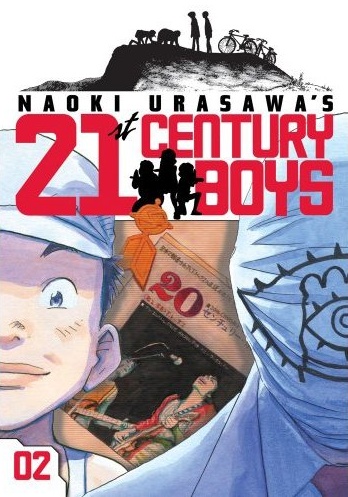 And finally we’ll end the week in a very similar way to how we started it, with a high quality re-release of an old Tokyopop title. Vertical Inc is releasing Paradise Kiss (Vol.03) this week, the last of their new editions of Ai Yazawa’s fashion classic. In this drama filled conclusion, George’s continuing success in the fashion industry is pulling him further and further away from his roots in Tokyo, and from Yukari. I haven’t read the ending to this series since I was in high school but I remember really not liking it then. Why? I don’t quite remember, yet that actually makes me all the more eager to re-experience it and see how Paradise Kiss looks to me now with an extra decade of life experience.