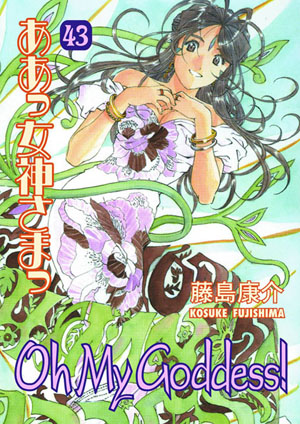 It’s beginning to look a lot like… winter! We got our first real snow of the year here in my home city so finally it’s starting to feel more like the holidays. Not a moment too soon either, as this is the last week for shopping before those celebrating Christmas must have their gifts wrapped and their missions accomplished. There’s been no shortage of great gifts amidst the manga released this year, and a few publishers are slipping some more in this week.

Dark Horse’s title this week is Oh My Goddess (Vol.43). Oh My Goddess continues to surprise me with how dark it gets sometimes. It always felt so predominantly light hearted in earlier installments. The tonal shift isn’t bad, though, just different. In this volume, Belldandy and Keiichi remain on their mission to Hell and with it the trials of getting through its multiple doors only after passing its guardian’s test. They’ve been aided for some time by a small demon, only to now learn that she is their newest adversary. This test proves the most difficult to date and could change a lot about their situation either way it goes – can Belldandy take someone’s life?

Viz Media has a treat for fans of their repeat-author, Natsume Ono, this week. Collecting an assortment of short stories, Danza is one of several such books to be released by Viz by a creator perhaps best known for their work on House of Five Leaves and Ristorante Paradiso. Her work is often refreshing in its diversity of setting and Danza is no exception with stories taking place in New York, Boston, Japan and Italy. Sometimes I find her work can be a little too subtle and passive in its narrative, which can make some stories dull, but I’ve always enjoyed them overall. Viz Media describes this collection as housing some of her best works so we shall see when we pick it up this week! 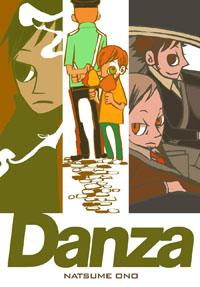 The other three books being released by Viz Media are also of a more mature-oriented nature, but in considerably different ways. In Dorohedoro (Vol.08), a gang has moved into the home of the Professor’s wife which spells serious trouble for Shin and Noi. Meanwhile, the man-eating-lizard-headed Caiman is trying to patch things up with his companion, Nikaido, after a fight that may have gone too far. Elsewhere, different wars wage on in Tenjo Tenge where more characters are awakening a slew of supernatural powers to aid in their fist fights against one another. There’s only one more volume of Viz’s 2-in-1 editions of Tenjo Tenge after this one.

Last up from Viz Media is another multi-book edition, this time the eleventh volume of Vagabond, courtesy of their VizBIG treatment. The samurai Miyamoto Musashi has just survived against seventy swordsmen sent from the Yoshioka Clan but now finds himself at a great crossroads – does he give up life by the sword to live among others or accept the path of blood and blade forever? 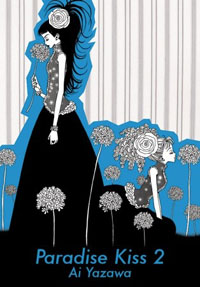 Vertical Inc.’s contribution is the second volume of Ai Yazawa’s Paradise Kiss. Here in volume two, Yukari Hayasaka’s life is quickly changing all around her, sweeping her away in the glam of new and different. She stops attending classes in order to pursue her new modeling work, and continues to get closer to George, even when she begins to realize that not everything is as perfect as it originally seemed.