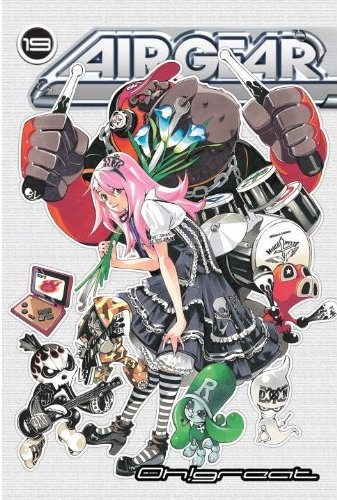 It’s a good thing that buying manga is easier than trying to figure out when it’s going to come out. Publisher websites say one thing, online retail sites another and then there’s the shipping manifests from distributors which vary even more. This is why there’s no such thing as one solid list for manga releases—what comes out one week for you might not be scheduled to even ship from a publisher’s own website until two weeks later. Tricky, no? Good thing manga’s always worth it!

This week was one of those times where no lists could make up their mind. Fortunately the bulk of these issues were some lists simply repeating what most shops already got last week. So, without further ado, we have four releases scheduled for tomorrow. It might be a little light but don’t let these small numbers fool you: there’s some fun stuff here and both Digital Manga and Kodansha have some hefty release lists coming up really soon—consider this the tip of the emerging iceberg!

Digital Manga is releasing the third ‘episode’ of Yellow II, the sequel to one of their first ever boys’ love titles, Yellow. These books are considerably thinner than what you’re used to seeing from the company—clocking in about 60 pages each—but they’re a special treat for English readers. The stories in these books were never printed in Japan, only released digitally on cell phones and e-readers. If you enjoyed Yellow, then you’ll definitely like this little fix of Makoto Tateno‘s drug hunting bandits. 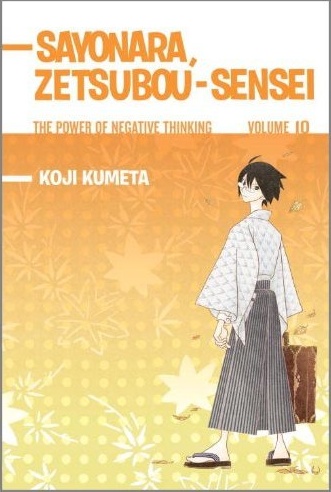 From Kodansha Comics, there are two continuing series, both of which were titles carried over from Del Rey (though release differences are as small as a logo change). Air Gear (Vol. 19) is the second volume of the series out from Kodansha. It helps make our bookshelves look a tiny bit less lopsided after Del Rey’s omnibus edition of volumes 15-17. The last volume delivered some pretty big emotional blows to the characters, but in true shonen fashion there’s an upcoming tournament and a bevy of friends and pseudo-enemies to re-inspire one another here in the newest. Plus it’s still a story about rocket-powered rollerblades which is always snazzy on its own.

Sayonara, Zetsubou-Sensei‘s charms aren’t so easy to pin down though. It’s always been hard for me to describe. Once you get past telling people it’s about a teacher who repeatedly tries to commit suicide and has a bizarre assortment of students, including the world’s greatest optimist, under his wing, you start finding things blurring. Often hilariously, mind you. Sayonara, Zetsubou-Sensei (Vol. 10) is about weird field trips, students ‘selling’ themselves and learning how not to entirely crush someone’s soul. 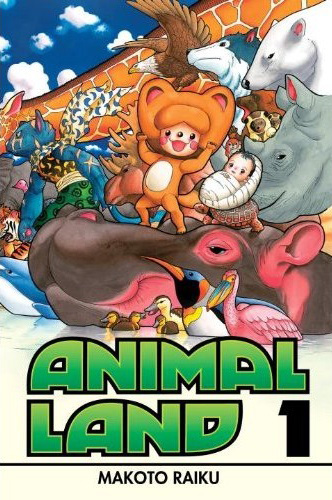 Animal Land (Vol. 01) is the only new series starting this week but it sure earns its name with that cover! Same can be said for the story too. Instead of your fairly typical story about a human finding a strange animal, thus leading to wacky adventures, this series takes place in a world populated by animals where an unsuspecting tanuki (raccoon) finds a human baby.