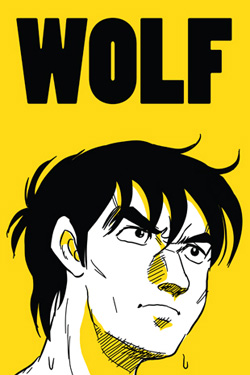 There’s some nasty humidity currently soaking a lot of North America but it’s one of those moments when you learn yet another practical use for being a manga collector. Sure it offers lots of entertainment for those stuck-inside-with-the-air-conditioner days, but it also helps to have a room lined with paper to keep your air nice and dry! In the winter I might not be so pleased about that though…

We start off this week with a new collected edition from GEN Manga – Wolf. This is an all-in-one collection of a series they ran in their monthly anthology. It’s one of my favorites from their unique assortment of independently created titles so I was happy to see it included on this week’s shipping manifests. This book clocks in at a whopping 450 pages and sports a simple but bright and very eye-catching yellow cover so it won’t be hard to spot!

The story follows a young man named Naoto who travels to Tokyo to find his Father who abandoned their family when Naoto was a child. When he finally finds his Father, he discovers he’s a champion boxer. Naoto decides then and there that he will defeat his Father on his own field of pride and starts training to became an even greater boxer than he is. 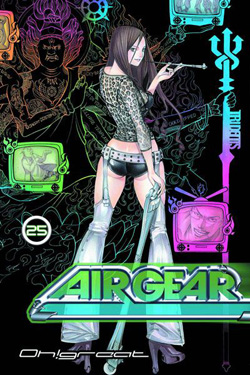 Kodansha Comics treats us with a new volume of Air Gear, Oh!Great’s newest series that makes little sense in these later volumes but is so, so pretty to stare at. … Okay, it makes a little sense; sense enough to open these pages and see that the President of the United States has appeared! Yes, it’s… Ohama? In this volume, one man’s dreams for Air Trek technology to help the world ends up with him switching bodies with Emily Adachi. Now she’s left as acting president and he has to fight off the baddies with Trek tech in tow.

Netcomics is a company we don’t see a lot from these days. It’s a real shame too because they’ve published some really great Korean comics (manhwa) in the past. This week’s release from them is actually a reprint, but since the original came out early 2009 I’m opting to list it here anyway. No clue how long the direct market will have these available, so order now from your local shop if you want a copy!

U Don’t Know Me is a tale of boys’ love when two childhood friends are separated only to meet again years later with a lifetime’s worth of mystery, angst and unresolved feelings to work through. While the plot falls on the generic side, the execution takes it to a place worth checking out with some really poignant drama and gorgeous artwork. 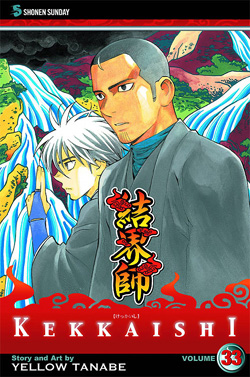 This week’s release of InuYasha, another of Viz Media’s VizBIG editions, falls just short of 600 pages and packs each one full of the different elements that makes this series so fun. The fight against Naraku manages to get even more complicated when the different demon manifestations of him start turning on each other. But is the enemy of thine enemy truly your friend? InuYasha, Kagome and co may soon find out! Interesting as these dramatic moments are, I’ve always liked this series best for its sillier scenes. In this case, these include InuYasha meeting Kagome’s classmates on a trip to the future and Miroku giving himself another good reason to be slapped when Sango meets his fiancée!

Meanwhile, Itsuwaribito – a series I’ve always found interesting practically on premise alone – takes a turn for the potentially very creepy here in volume six. While the lead’s belief that lying can solve anything has always brought upon its own unique challenges, here he and his band of travelers come across a village of murderous dolls. Dolls just make everything creepier, don’t they?

Also dealing with demons and a case of the creeps is the cast of Kekkaishi. Being reunited with his Mother was no happy reunion in the previous volume and here in Kekkaishi (Vol.33), Yoshimori needs to decide if her help is worth the risk of trusting her. With the potential of going up against a witch and a deity, he might just have a few reasons to lean towards trusting her, at least for now. 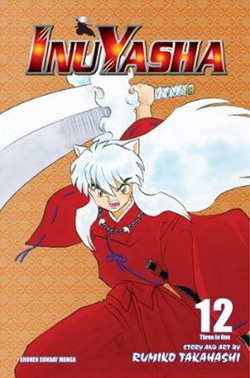