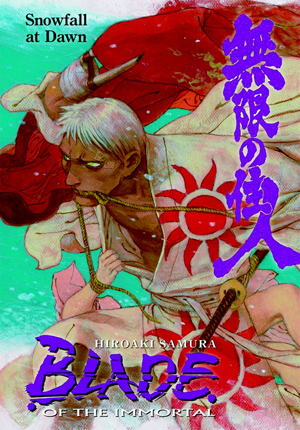 It’s August! We’re well into the summer now and this particular month promises a whole lot of great books. This week’s manga offering is a little slim as shipping-Wednesday lands right on the first, but that doesn’t mean there’s a lack of good stuff.

This week also marks the one year anniversary of Otaku USA’s On The Shelf article! Wow, how time flies. I hope readers have enjoyed this column and that it continues to aid in the knowledge and shopping list plans for English manga buyers… now then, on to the aforementioned good stuff!

Dark Horse’s first of two releases this week is Blade of the Immortal (Vol.25). The last time we saw a volume of Blade of the Immortal it was back in October 2011, so one can imagine the fans have been eagerly awaiting this one. Actually make that doubly-so when you factor in that this volume finally sees the long awaited confrontation between Manji and the terrifying Shiro. I’ve got chills just thinking about how this could go down. That Manji currently only has one arm isn’t helping my nerves any either. Will both he and Rin survive Shiro’s vengeful attack, and if so… in how many pieces?

The second volume of Drifters doesn’t carry as much suspense with it, as a fledgling series, but it doesn’t look like there will be a shortage of action or surprises. The series is by Kohta Hirano, the creator of Hellsing, and they don’t hold back their love of history as Drifters brings together a whole assortment of historical figures who duke it out over control of a fantasy world they’ve found themselves transported to. Continuing off from where the first left us, Shimazu Toyohisa and Oda Nobunaga are working together to defend a town of elves from being destroyed while greater battles brew elsewhere, along with a varied looking array of characters left to introduce. 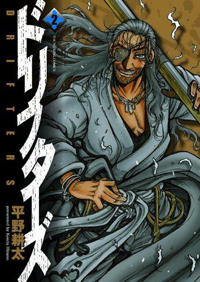 Kodansha Comics is debuting a new series this week, right on the heels of the last volume for their previous Ace Attorney story. This time the plot shifts to focus on another of the games’ well liked characters, Miles Edgeworth, in his own spin-off manga series appropriately titled Miles Edgeworth: Ace Attorney Investigations. Unlike the titular lawyer character of the franchise, Miles Edgeworth is a prosecutor whose job it is to put forward the facts and see that criminals are tried and convicted for their crimes. Before we followed someone on the defensive, now we’ll be watching someone new tackle things on the offensive. Any objections?

Yen Press has a treat for their manhwa and shoujo fans with a new volume of 13th Boy. It’s felt like an extra long wait since the previous volume back in March. The talking-cactus-now-pretty-boy Beatrice is gearing up to take matters further into his own hands as Hee-So begins falling for Whie-Young’s charms. Her forward confrontation of Whie-Young’s real feelings may be refreshing but there’s something about him that she really oughta know – who better to expose someone’s supernatural abilities than your own loving household plant come to life? 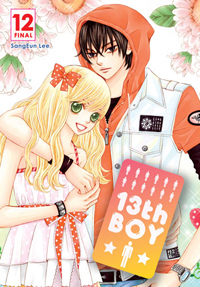 Onto something even weirder is volume two of Is This A Zombie?. Ayumu Aikawa, our resident male bodyguard zombie now a chainsaw wielding magical girl (told ya so), is presented with the opportunity to face his murderer. Will Aikawa be up for the job? Or will the pressures of dealing with his new roommates be the second death of him first? I’m still trying to wrap my head around the very premise for this one but we’ll see how the plot carries it forward. Weirdness factor remains strong!