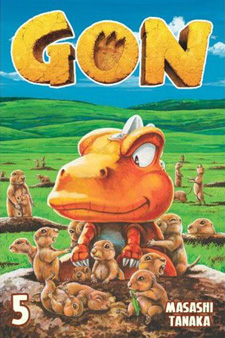 The end of the month is usually light on releases so no surprise the list is a bit short this week. Good things come in small packages, though, and boy can they pack a punch. A perfect example is Kodansha’s release of Gon (Vol.05) – well, Gon himself packs a mean punch anyway. This crazy dinosaur never ceases to amaze and amuse. And scare, just a little. The detailed artwork and wordless execution of this manga continues to make it something anyone can get into, and at anytime too. Enjoy being baffled and entertained by every jaw, jump, and Jurassic piece of justice.

Zipping back to modern days, Air Gear (Vol.23) combines two pieces of technology – rollerblades and rockets – to dazzling sport effect. Granted, Air Trekking hasn’t really felt like the main focus of Air Gear for a while as character after character appears to join the fray of cathedrals full of swat teams, guns, and races for the Regalia. It’s all a bit convoluted and wordy but hey, it still looks great! Interesting fact: the series is ending in Japan early this summer, clocking in at a whopping 357 chapters.

Already ending in Japan a while ago was Tokyo Mew Mew. Kodansha Comics‘ third omnibus collection of the magical girl series brings it to an end in English now, as well. Collecting three volumes in one, this will be an especially thick book clocking in at almost 600 pages. Will the five girls gifted with abilities of extinct animals and pretty tutus be able to save the world from the alien invasion?! Tune in this week for another dose of Mew Mew Power to find out! 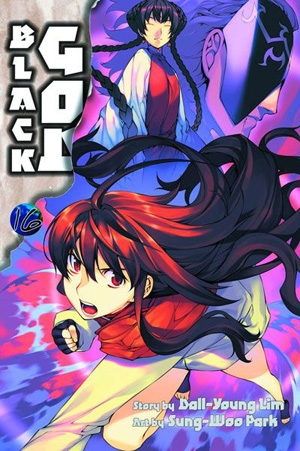 Last but not least, Yen Press tops off the month with a new volume of Black God. The battle of the bloodlines continues as general Shion proves far more than our leads can handle. In true shonen fashion though (not that this series tends to follow the tropes often), it looks like little Kuro’s determination to win is going to pay off in a big way! As long as it doesn’t kill her in the process, at least.