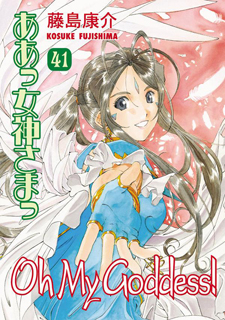 Oh My Goddess (Vol.41) is the first featured title this week and its synopsis implies it could be the most interesting manga spectacle of the week, as well – Belldandy will be engaging in hand to hand combat! As Keichii and co continue their travels into Hell to save Hild, they run into a living, breathing, and door-guarding piece of Nordic mythology, Thrym. Instead of stomping across frozen tundras and stealing hammers from Gods, this Thrym is dead set on ensuring our band of rescuers don’t make it to the next level of their journey. 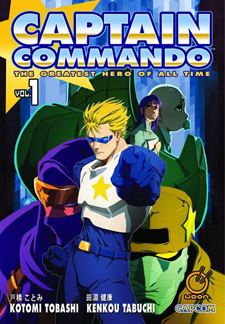 UDON Entertainment is the sole publisher with a brand new series this week – Captain Commando. Touted as ‘the greatest hero of all time’, Captain Commando is the leader of the Commando team, a unique group of individuals – including a mummy and a baby! – fighting to save the world from a gang of super criminals in the year 2026.

Viz Media is releasing Excel Saga (Vol.23), a series that only sees a new volume once a year. This series – which can easily be summed up as zany and fun – follows a group known as Across who have been trying to take over a city as their first steps toward world domination. This new volume focuses on their opposing group, City Environmental Security Administration, who are about to face off against Across with a secret weapon on their side!… a motivational speaker? 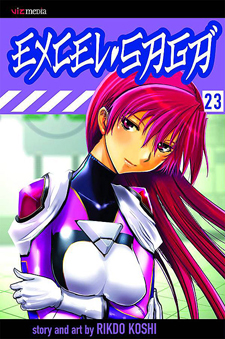 Another series you can also call zany and fun, but in an almost entirely different way, is Dorohedoro which sees its sixth volume out today. Despite being a story that often focuses around eating, this is not a set of books for the squeamish. It’s rescue over ransack in this volume as Caiman learns that his partner has been taken captive. He needs to race to save her before the big bad En discovers something truly dangerous about her abilities. 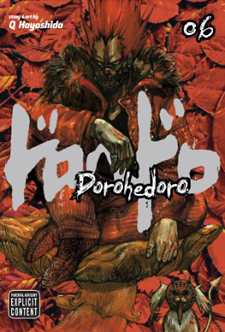 Yen Press continues a story starring much prettier characters with Black Butler (Vol.09). The Phantomhive manor is in a more upturned state than usual as the Queen herself demands its usage as the location for a grand party. In true suspense story fashion, a storm outside is prelude to a different kind of chaos inside when things start turning dangerous for the party goers. There’s no doubt that demon-butler Sebastian has the skills to throw one heckuva party, and kick some coat-tailored butt too, but in his own home with an audience watching, can he do both at once?

Durarara!! nabs attention with its second volume cover sporting a smoking young man brandishing a stop sign – instant eye-grab! The first volume saw Ikebukuro-newcomer Mikado already meeting a number of the strange, dangerous and headless(!?) people who live there. He’s got more to meet and even more to learn if he’s going to survive his new home and discover the truths and lies within it. Or just try and keep his head low and out of the limelight, whichever keeps him breathing! 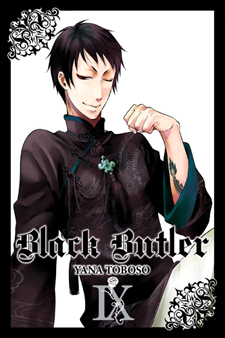