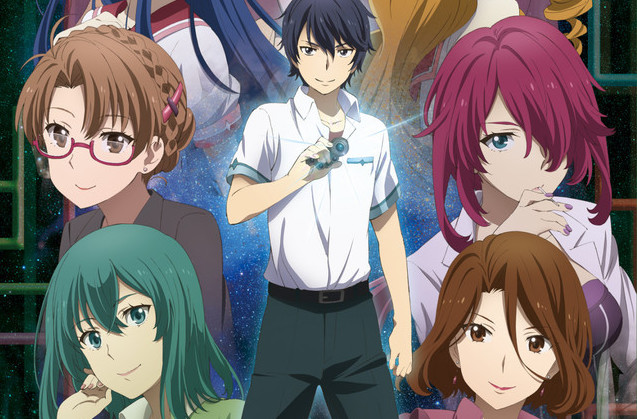 Is there really such thing as too much anime? Unfortunately, with the way productions have been ramping up in recent years, the answer is a resounding yes. Quantity over quality has become the norm, but change may be on the way if the numbers for the Spring 2019 season are any indication.

The numbers in question refer to the late-night anime series planned for the upcoming season. Shows airing in late-night slots weren’t as common back in the day, but there were a whopping 42 TV anime series in those slots around this time last year. According to Twitter user @anime_local‘s running count, though, those numbers are currently down by nearly 65 percent.

While that count is likely to rise, with roughly ten late-night slots available that have yet to be filled, doing so would still just add up to 25 late-night anime. That’s a 40 percent decrease from the previous year’s Spring season, and there could be many reasons behind the drop. Here’s a translated look at @anime_local’s comparison as it stands now: 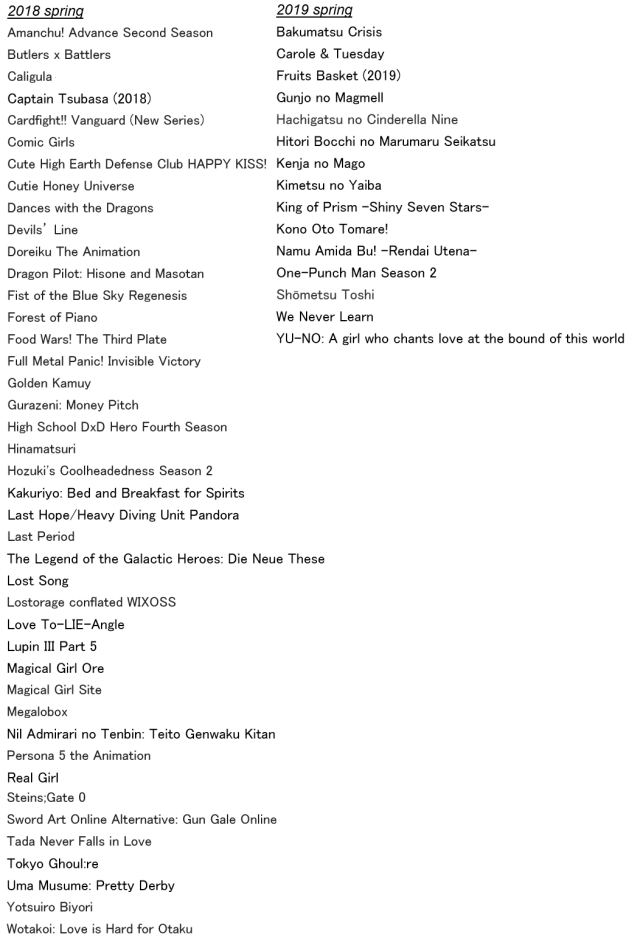 Some of the proposed reasons include shortage of new source material (manga, novels, etc.), adjustments to working conditions within the industry, and lack of resources. We’ll see how the season ends up filling out soon, but thinning out the volume of anime might actually be a good thing. After all, who has time to watch everything these days?