Nintendo Entertains the Notion of Moving Away from Consoles 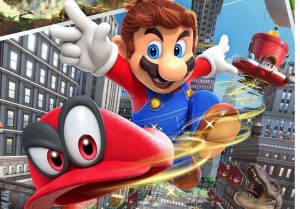 Nintendo has seen a ton of success with its consoles, at least on an every-other-system basis. The Wii? A phenomenon. Wii U? Not so much. The release of Nintendo Switch picked sales back up again, but that doesn’t mean Nintendo is necessarily content with simply following up on new home console technology for the foreseeable future.

Nintendo president Shuntaro Furukawa recently spoke with Nikkei, and during the interview he toyed with the notion of moving past the production of home hardware as we know it. While nothing has been officially decided, and there’s certainly no reason to move on from the highly successful Switch any time soon, Furukawa expressed flexibility with the way the company will deliver the Nintendo Experience moving forward.

“We aren’t really fixated on consoles,” Furukawa told Nikkei. “At the moment we’re offering the uniquely developed Nintendo Switch and its software — and that’s what we’re basing how we deliver the ‘Nintendo Experience’ on.”

He went on to weave in the company’s history, saying, “It’s been over 30 years since we started developing consoles. Nintendo’s history goes back farther than that … and through all the struggles that they faced the only thing that they thought about was what to make next. In the long-term, perhaps our focus as a business could shift away from home consoles — flexibility is just as important as ingenuity.”

The rest of the brief interview, as translated by Nintendo Everything, is definitely worth a read.