Originally announced back in November of last year, there’s been a very slow trickle of information about the new Rozen Maiden anime ever since. Weekly Young Jump magazine, current home to the manga by the duo known as Peach-Pit, is finally putting an end to that drought with the reveal of when the series is scheduled to air.

Rozen Maiden will kick off its run on TBS and BS-TBS in Japan this summer. Here’s a look at the announcement: 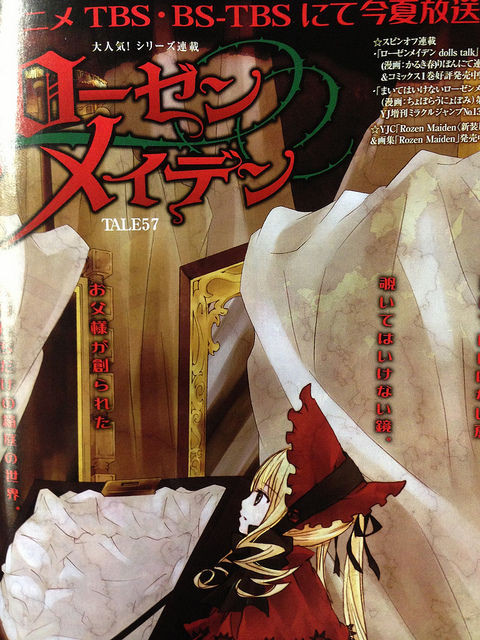