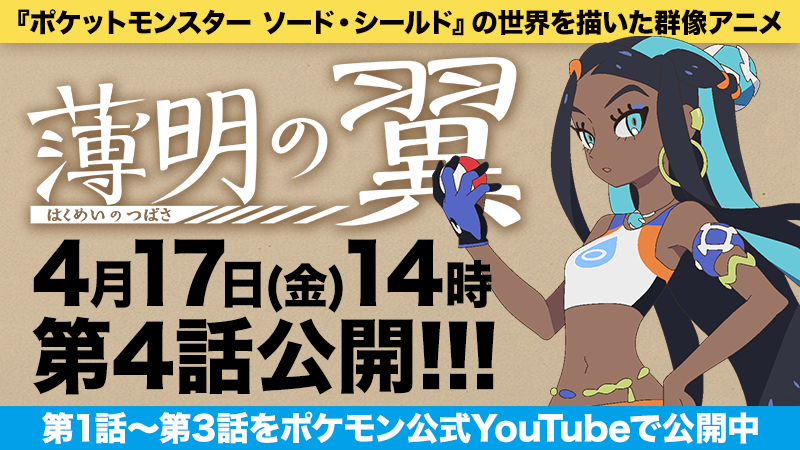 If you’ve been enjoying the Pokémon: Twilight Wings series of shorts, you’ll soon be able to dig into another. The next episode in the series of six-minute installments is officially set to premiere on Friday, April 17 at 2:00pm Japan Time.

This one looks like it’s going to focus on Nessa, as teased at the end of the previous short. In Studio Colorido’s anime shorts, Nessa will be voiced by Sora Amamiya, who is known for roles like KONOSUBA‘s Aqua and many more.

Stay tuned for episode 4, and catch up with the third below if you missed it: